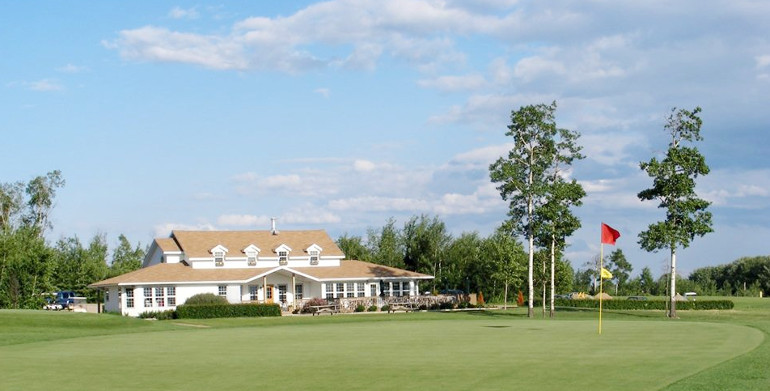 What started as a family business in northern Saskatchewan has flourished into two decades of golf success.

Northern Meadows Golf Club started in 1995 as a small nine-hole course by Frank Sopracolle, his offspring and significant others. Today the facility has developed into a top of the line 18-hole course, RV park, and campground just outside Meadow Lake Provincial Park. Co-owner Ken Olan said they never imagined the course would expand to what it is today.

“We never did no,” Olan told Golf Saskatchewan. “We built eight rental cabins by the clubhouse, we realized people needed a place to stay. We get lots of groups now that come in,” he said.

This week, the family owned course celebrated their 20th anniversary. Using the “natural landscape” to develop the now 18-hole course Olan said they needed to build a top-notch facility to be sustainable, especially in northern Saskatchewan.

“We always said if we’re going to put a course here we need to be better than others around. We needed to make it a destination and we’ve done that,” Olan said.

Since the inception of the first nine holes in 1998, the club grew and opened another nine holes in June of 2007. This week they celebrated their 20th anniversary. The course is built on his Olan’s parent’s homestead land and the clubhouse is Olan’s wives’ grandparent’s home they brought in from Goodsoil. He said the course has created a significant community in northern Saskatchewan, as for the next pair of decades, Olan is not clear on what will take place.

‘It’s hard to say, something has to be done,” he said” “It’s no longer a little nine-hole golf course. It has a mind of its own, we just have to steer it,” he said.