Even start for Fry; Blake first round leader in junior men’s championship 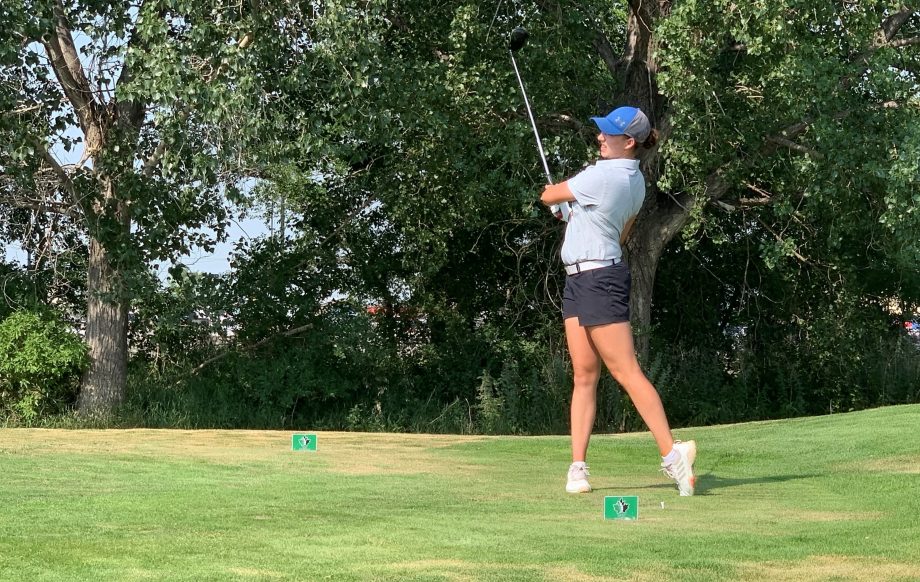 Brooklin Fry leads the 2021 Junior Women's Championship after round one.
Clark Stork

Shell Lake’s Brooklin Fry is back in a familiar place on the leaderboard at the Saskatchewan Junior (U-19) Women’s Championship in Moose Jaw.

After finishing in a third-place tie last week in Fry’s defense of the Women’s Amateur Championship the reigning junior trophy holder started out well Tuesday in her bid to retain that title. The 16-year-old opened the 54-hole event at the Hillcrest Golf Club with an even par, 71 during round one giving herself a four stroke cushion on Saskatoon’s Sarah Grieve. Grieve posted a 75 during her first round, one shot better than Ella Kozak of Yorkton.

Regina’s Autumn Neiszner is sitting in fourth at 8-over par, well within the lead with two rounds to play.

Round two begins at 8 a.m. Wednesday.

Regina’s Will Blake put up the round of the day in the Junior Men’s Championship, also at Moose Jaw’s Hillcrest Golf Club.

Blake carded a 2-under, 69 on Tuesday giving him the round one lead of the tournament. The lead is slim as four players sit tied in second at 1-under. Theoren West (Wawota), Hunter Kutcher (Regina), Zach Szakacs (Saskatoon), and Davin Bourassa (Radville) all shot 70 during the opening 18 holes.

Tommy Danielson of Saskatoon and Luke Cote of Regina are sitting sixth as the only two other players to not shoot over par, they are even going into the middle round of the event Wednesday.

Danielson and Cote are tied for the U-17 age group, Elaise Haukeness (pictured above) leads the U-15 category by a shot, and Kai Kriekle is the early leader in the U-13 by two strokes.