Elkridge tees off on cancer 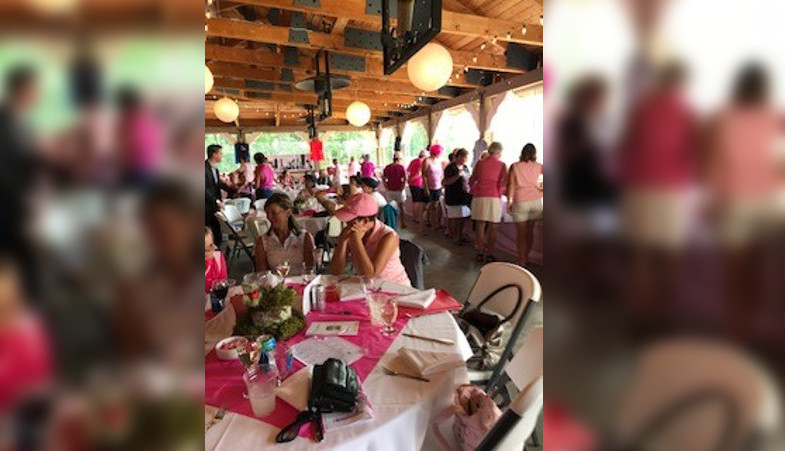 Over 80 golfers took part in Elkridge's Golf fore a Cure event in July.

The total is slightly down from last year’s fundraising tournament but that is the local committee’s second highest total overall. Chair Verna Schneider said the event was a huge success.

“It was a great day,” she said. ‘The weather cooperated, golf moved well, we had 85 golfers. Everything went well, everyone had a good time.”

Golf fore a Cure is a national initiative to assist the Canadian Cancer Society and breast cancer research. Each year a national event takes place rewarding clubs for money they raised. Last year the Elkridge Golf Course event raised over $23,000 allowing Donna Dutchak, Cora Lee Dutchak, Brenda Dutchak, and Lee Anne Osler all travelled to Brantford, Ont. for the tournament. Schneider, a two-time cancer defeater said they will know by the end of August if they won again. She said winning isn’t an important motivator for participating. Schneider said the event brings their small community together and the support is overwhelming.

“I can’t name them all, there’s too much support. We had 24 hole sponsors, dinner sponsors, Elkridge just a great job, we wouldn’t be able to do what we do without their help. There’s a lot of people to thank for our success,” she said.