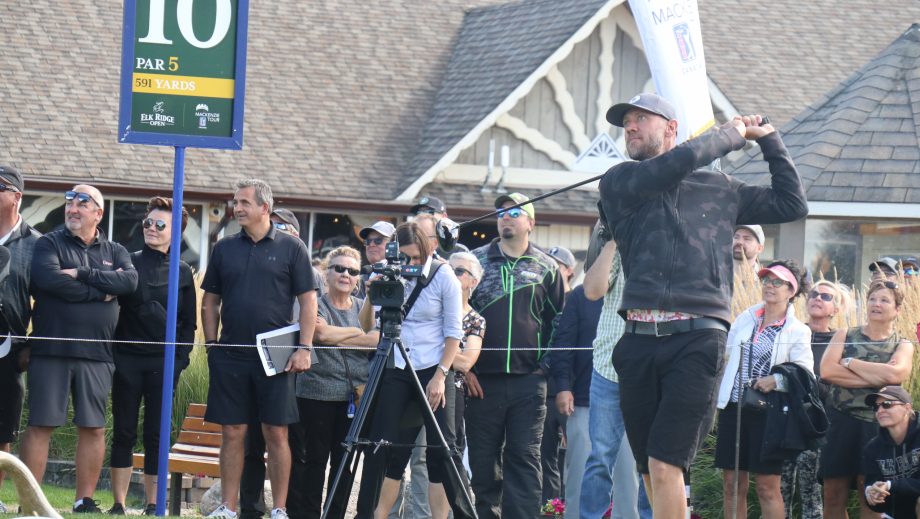 For the first time since 2016, a PGA Canada Tour event is in Saskatchewan.

The Elk Ridge Open tees off for the first round Thursday at Elk Ridge Resort. On Monday the opening ceremony was held with several guests including tournament ambassador, Graham DeLaet.

The two-time Saskatchewan amateur champion (2005, 2006) officially opened the event with a ceremonial tee shot alongside Premier Scott Moe. DeLaet said seeing the Tour back in his home province is fantastic.

“It’s great to see this kind of turn out for something like this,” he said. “The Mackenzie Tour – PGA Tour Canada is where I got my start back in 2006 when I turned pro, obviously it has a special place in my heart. So does golf in Saskatchewan.”

Over 30 players from Saskatchewan will compete in the 54-hole event including newly designated professionals and amateur winners, Kade Johnson and Ty Campbell. DeLaet said the sport is strong in Saskatchewan and events like the Elk Ridge Open could be the break for some players.

“You see all these young Saskatchewan men teeing it up now trying to chase the dream. This is where it all starts,” he added.

Also, in the 114-player field is former Saskatchewan resident and 2011 amateur champion Troy Bulmer (above). He resides Vernon, British Columbia now but has become a regular on the Mackenzie Tour. Bulmer said playing an event back in his home province is special.

The practice rounds are underway Wednesday. The first groups tees off at 7:30 a.m. for round one, a champion will be crowned on Saturday afternoon.

For all the details of the event click here.