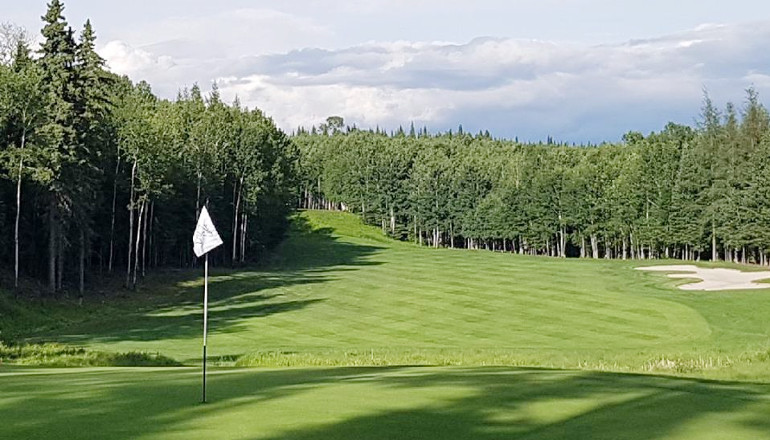 Elk Ridge Resort is the site of the 20th Mixed Team Championship this weekend.

Golf Saskatchewan is returning to Elk Ridge Resort for the final provincial championship of the season.

The highly-touted 18-hole course will host the 2018 Mixed Team Championship beginning Saturday. Elk Ridge director of golf, Travis Schmidt said the course is in pristine shape for the 36-hole event.

“It’s in really good shape right now,” he told Golf Saskatchewan. “We had some timely rain late in the spring, it was pretty dry in the first part of the season. We got some rain in late June and it’s in great shape right now.”

The last provincial championship at Elk Ridge was in 2015 when Anna Young won her fifth, and final Saskatchewan Women’s Amateur Championship. In 2014 Colin Coben won the Senior Men’s Championship there as well. Schmidt said the course is ecstatic to welcome back another tournament.

The field will consist of 58 golfers, or 29 teams. Defending champions Aaron and Kate Robinson are in the competition looking to defend their title they won last year at the Willows Golf and Country Club. Golf Saskatchewan director of tournaments, Steve Ryde said Elk Ridge is a great venue for the mixed championship.

“The rules officials and Golf Saskatchewan staff are eagerly anticipating the event up north. Elk Ridge Resort is a world class facility that provides a wonderful atmosphere not only for golf but any special occasion. As for the course itself, the turf conditions are always top notch, the tree lined holes are intimidating to say the least. The eventual 2018 champions will have their work cut out for them,” Ryde said.

The format of the tournament focuses on a team game according to Ryde. Each player tees off, the teammates proceed to their partners ball and plays it to the green. Once on the green, the teams decide which ball to proceed with alternating shots until that ball is holed.

The groups will tee off for round one at 9 a.m. Saturday, the champions will be crowned Sunday. Online scoring is available here.