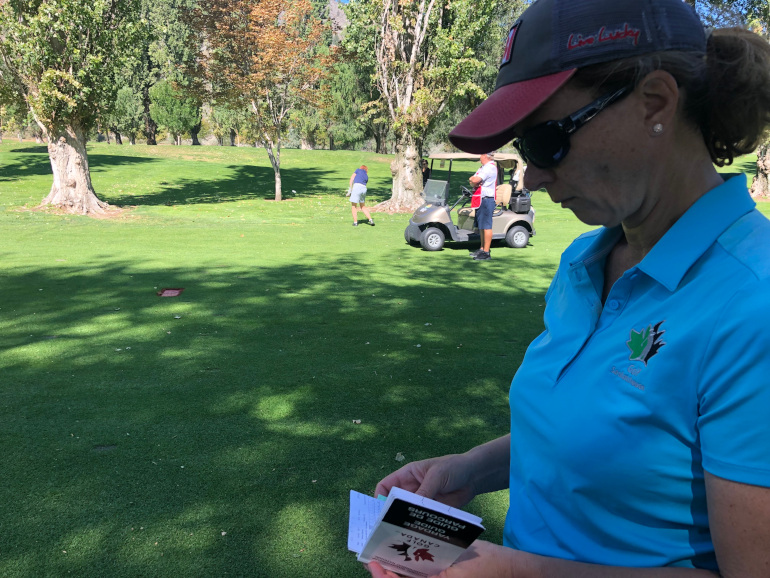 Regina’s Deb Duncan was encouraged to enter the provincial senior women’s golf championship with no idea what was in store for the next couple weeks.

The Wascana Country Club member entered the event at the Royal Regina Golf Club and ended up shooting a 54-hole total of 252, plus-39. Her score was good enough for fourth place and a spot as an alternate on the provincial team at the Canadian championship. With winner and second place finishers Kim Walker and Tammy Bezaire not being able to travel to Osoyoos, B.C. for the event Duncan was ecstatic to be part of Team Saskatchewan for the first time.

“It was cool to finish off and be one stroke off third-place at the provincials,” Duncan said. “They were like you might be going to nationals as an alternate and I was like, what does that mean? Maybe it was the ignorance that got me there. No pressure.”

Duncan is a busy realtor in Regina along with her spouse, Craig Adam. Their busy work schedule doesn’t allow her to play much competitive golf or even practice regularly but, when the opportunity came knocking to represent Saskatchewan she wanted to have the experience.

“It was a super opportunity, again such a surprise,” she added. “I said I have to make this work. Craig was able to get some coverage for some of our clients and he was able to join me and caddy. It was fun, we generally don’t get away in the summer because of work.”

Duncan was able to have 2019 junior women’s champion and fellow Wascana member Autumn Neiszner caddy for her at the Saskatchewan championship. The pairing made sense after it was Neiszner pushing her to enter.

“Autumn has some really good tips because she has a coach, kids absorb so much. She is so good at reading greens and she’s very confident. She has that way to relay that to you. She would say hit it here, hit it firm. If I listened and executed it worked out quite well,” Duncan said.

At the Canadian Senior Championship she not only played well enough to make the cut, she finished in a tie for 44th. She said she was very happy with the result.

“I can go to my home course and I can shoot a 78 or a 91 depending on what golfer shows up that day,” Duncan explained. “Here I am at a mountain course that I haven’t played before with tricky greens. They are so fast and tough to read; I didn’t want to embarrass myself and bring whoever I was playing with down.”

Over the three days Duncan shot plus-32 (81, 83, 87). Not only was she pleased with her score, simply the experience on the national stage was memorable.

“All the women I met were so supportive with it me being my first time, they want you to do well. They want more women to come so they are encouraging you to come again,” she said.

Jo-Anne Schiller also made the cut at the event. Kathy Hopfner was just a shot back of the cut line. The team finished in eighth place in the inter-provincial championship.

Now that the season is over and Duncan has allowed the whirlwind couple weeks to set in, there may be more national championships in her future.

“For sure, it’s given a fire in me to do it again and maybe even start practicing,” she chuckled.