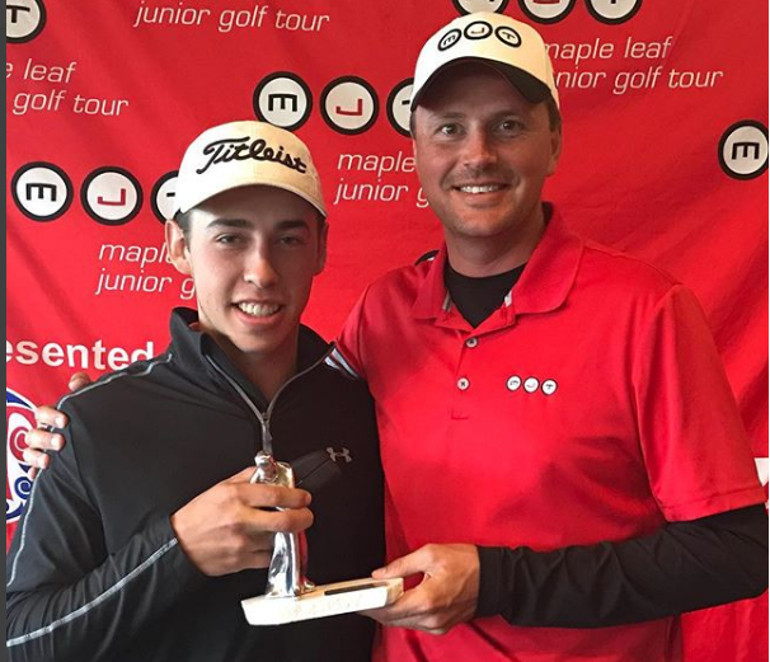 Steven Duchscher saved his best golf of the season for the Maple Leaf Junior Tour Championship this past weekend in Swift Current.

Duchscher, 18, stroked a 141 (68, 73) at the Elmwood Golf Club on Aug. 25 and 26 taking the junior age group championship as well the lowest overall honour. The Saskatoon golfer hit five bogeys and one double-bogey on the par 71, 6,386-yard host course. He had nine birdies and an eagle as well helping him finish at 1-under par.

Lethbridge’s Rylie Seaman was second overall winning the juvenile boy’s division with a score of 146 (71. 75). Josh Nagy of Saskatoon, Medicine Hat product Nolan Burzminski, and Cole Bergheim of Red Deer all shot 148 during the tournament. Bergheim won the bantam age category, they played from 5,936-yards.

The junior girls in the championship played the Elmwood at 5,156-yards. Sarah Grieve, 15, carded a two-round score of 167 (83, 84), one shot ahead of both Yorkton’s Ella Kozak, 12, and Carey McLean, 16, of Deer Valley. Moose Jaw’s Raylyn Schmidt, 16 was just three was just three shots back. Grieve, McLean, and Schmidt play in the 15-18 age group, Kozak competes in the under-15 category.

You can see the complete results from the championship here.