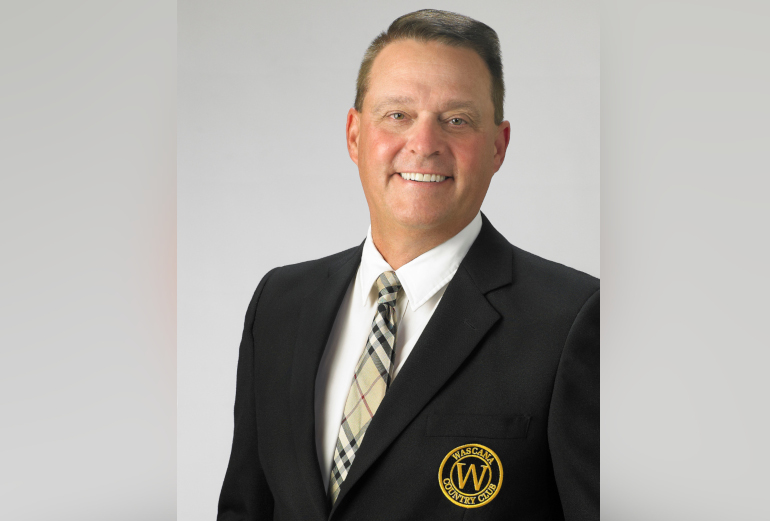 Regina's Randy Gilewich is one of three 2019 Hall of Fame inductees.

Regina’s Dr. Randy Gilewich will be honoured in a couple weeks for an illustrious amateur golf career that has spanned over four decades.

Gilewich, 58, has been active on the sports scene since his early days in the Queen City, hockey and curling in the winter, and baseball and golf occupying the summer months. Golf began at the Regent Par 3 course in Regina, Gilewich and his younger brother would pedal their bikes “halfway across the city” with three clubs in tow to play. After a couple years the pair, aged four years a part, Randy being the eldest, they began expanding their game at the Craig Golf Club near the Caledonian Curling Club, still a fair distance from their southeast Regina home.

In 1974, Gilewich’s parents got memberships at the Wascana Country Club (WCC), a “two-mile bike ride” from their house he said. From there the passion really developed. Gilewich said the brothers would ride their bikes to the course in the morning, play 18 holes, have lunch and play another 18 before venturing home. He said the Wascana was where he learned about golf, and the game.

“You got to learn the historical part of it and the protocol part of it,” he said. “The older guys had to wear a suit and tie to get into certain parts of the club, as kids you didn’t. They always sat us in the other part of the club. We certainly learned the history from those older guys.”

When learning of his 2019 Hall of Fame induction Gilewich’s mind floated back to those days and his mentors including other members such as Tom McNall (2017), Kirk McGregor (2018), Doug Mader (2011), and Keith Reever (2010). Gilewich also pointed out the likes of Ben Reid, Doug McAlpine, and Ross Reibling for their tutelage and life-long friendship.

Gilewich was part of a thriving junior program at the WCC with upwards of 150 kids taking part. He continued to play throughout high school and kept his membership during his university days in Saskatoon in the College of Dentistry, his current career. After graduating he was right back to Regina and back into the game playing on several Willingdon Cup teams. Gilewich was bound to revitalize the tournament scene in the city as well, he was a driving force behind the return of the Regina Men’s City Amateur after a 10-year hiatus, he also created the Saskatchewan Southern Senior Men’s Amateur this season. He has done extensive work with the long running Diamond in the Rough junior camp currently hosted at Deer Valley. Despite all the personal accomplishments Gilewich says his relationships are the mark of success.

“The biggest thing that I have gotten and tried to give back over the last 10 years is the people I’ve met along the way,” he said. “The relationships I have developed and are still here to this day. You might not remember your scores and you remember your teams and maybe some of the stuff you’ve did but, there’s no question you always remember the people you met along the way and the journey you’ve had.”

Gilewich was a Saskatchewan junior team member in 1979, played at seven Canadian amateur events, four of those as a member of the provincial team. He played in five national mid-amateur championships plus participated in the Canadian Club Champions’ Championship in 1996 and the Canadian Crown Life Championship in 1984. He’s also a two-time provincial mixed winner with Kim Walker. The resume is lengthy for Gilewich but even he said it’s hard to say what he’s prouder of, the on-course accolades or off-course triumphs.

“It’s a different sense of accomplishment,” he admitted. “If I had to honestly answer it, I’m very happy and excited for my playing stuff and I’d love to get back to that level and make some senior teams but the fact we have the city amateur going, the senior tournament that’s coming along, the ladies’ tournament, the involvement with the LPGA, the involvement with the mid-amateur at Wascana, I’m as proud of that.”

Gilewich will be inducted alongside Gary Brandon and fellow Wascana player Tyler Wright. When he received the call from Hall of Fame Secretary Brian Lee, he thought someone was playing a prank.

“What are you doing on the 21st? I thought there is the kiss of death because he didn’t tell me. I said nothing. Brian said you better get up to Saskatoon because you are being inducted with Tyler. Of course I said I’m being punked here right?” Gilewich laughed. “He said no, and it was just goose bumps. It was unbelievable, the two words I have is I was very humbled and honoured.”

Another key portion of Gilewich’s non-playing career was his 25-year involvement with Canada’s chapter of the Bobby Jones Scholarship Foundation. He became entrenched in the organization after meeting another mentor, Roger Thompson in Hamilton during a national championship tournament. Thompson was an acquaintance of another Wascana member and took Gilewich out for a practice round at his Hamilton club. By the time the week was over Gilewich was recruited for the Foundation. During his time he was able to take two boys to St. Andrews in Scotland and received spectacular treatment at the college on the “Home of Golf.” He said the best thing about the Bobby Jones Foundation is the focus isn’t 100 per cent on golf, the participants were given other experiences including a “royal tour” of the grounds.

As Gilewich scrambles for tickets to the gala on Sept. 21 at the Riverside Country Club the moment is still surreal to him and he’s looking forward to a wonderful night.

“You never get into the game for anything like this,” he added. “As my dad said, do what you love and love what you do. It’s just such an honour. I’m so thankful.”

Tickets for the gala can be purchased here.

You can hear plenty more from Gilewich who spoke with Golf Saskatchewan’s Clark Stork.