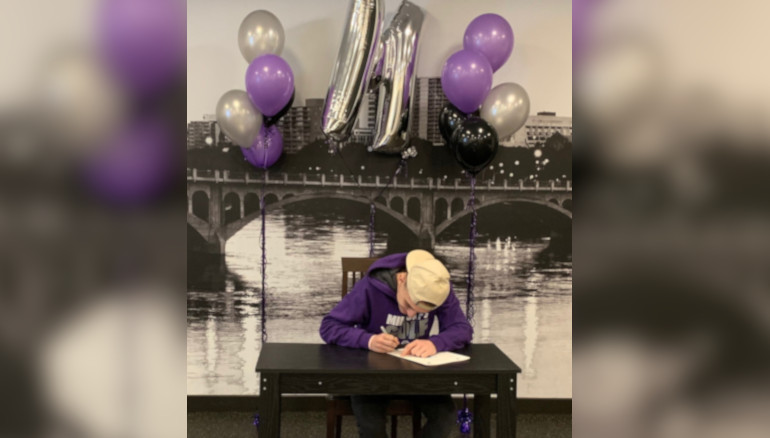 Will Danielson has committed to an NCAA Div. 3 college.

Saskatoon’s Will Danielson has committed to play college golf in Jackson, Mississippi at Milsaps College.

Getting his start in golf at the Wildwood Golf Course after a friend took Danielson to a camp in grade 5, he then moved over to GOLFTEC before working under Clinton Schmaltz at the Willows Golf & Country Club. He entered his first tournament in grade 9 and has been competing since. Danielson said there is a passion for all sides of the sport.

“I like its just me out there, it’s not a team, so I can’t rely on anyone but myself,” he said to Golf Saskatchewan. “If I take a bad shot I can’t put that on anybody else. There is also being outside for eight hours a day, being with my buddies all the time creating some friendships that will last a long time.”

In grade 10, Danielson got involved with the Next College Student Athlete (NCSA) recruiting agency that designated him with a golf coach assisting in finding post secondary opportunities. When he was about 15 he started seeking the game at a higher level.

“Ever since I started watching golf and seeing those guys on tv I was like, I want to be on there one day. My older brother was on the NCSA for hockey, I went on there for golf and that is when I got serious,” he explained.

Danielson said the college has about 1,500 students, approximately half compete in a sport for the Majors. After hearing from a couple other schools he spoke with Milsap Head Coach Andrew McBean, set up a Zoom meeting and the deal was finalized last week.

“I’m pumped, I’m pumped, I can’t wait,” Danielson beamed. “It’s hot there, right snack dab in the middle. I’m already talking to the guys; I have my roommates already. It’s going to be good.”

In preparation for his post-secondary career, Danielson will compete across Saskatchewan this summer in the under-19 category and fine tune his game.

“Consistency, just staying on top of my game and not letting bad shots get to me,” he said of his seasonal goals.

He also thanked his parents for their support, his brothers Tyler and Tommy as well as Schmaltz.

Danielson plans to study business and marketing in the classroom.