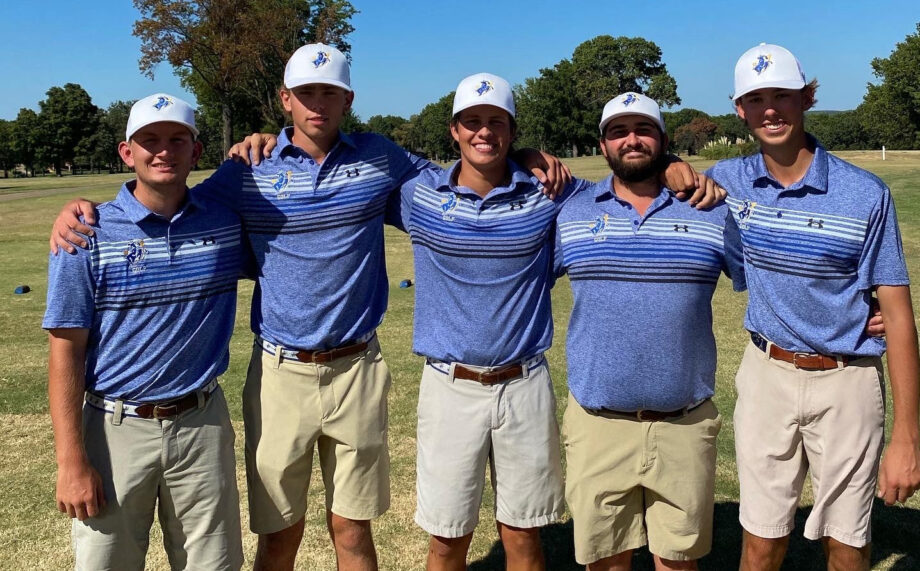 Regina’s Luke Cote has his first college event under his belt. Competing for Southern Arkansas University, Cote was in Muskogee, Oklahoma for the 24th annual NSU Golf Classic at the Muskogee Golf Club from Sept. 18 to 20. Cote finished with a solid score of 8-over par, 221 over 54 holes. He tied for 42nd overall.

The Muleriders squad tied for eighth at the event. The team is in Hot Springs, Arkansas on Oct. 3 and 4 for the Battle for the Belt.

Waskesiu Golf Course competitors Alex Swinnerton and Guillermo Salazar were in North East, Pennsylvania with their Indiana University of Pennsylvania teammates on Sept. 16 – 17 for the Mercyhurst Fall Invitational at Lake View Country Club. Swinnerton carded rounds 74 and 76, the Saskatoon product tied for 27th at 10-over par. Salazar shot 82 in round one and bounced back with a 74 in round two, the Calgary native tied for 36th.

The Crimson Hawks finished second in the team competition, their next event is the King University Invitational at Golf Club of Bristol in Bristol, Tennessee.

Holly Knudsen of Chaplin continues her strong play this fall with another top-10 performance this week. Competing alongside her Minot State Beaver teammates at the Fall Hardrocker Invite in Rapid City, South Dakota, Knudsen finished in a tie for eighth at 27-over par, 171.

The Beavers placed fifth in the team event at The Golf Club at Red Rocks. Next up is the Watkins Invitational in Lake City, Minnesota on Sept. 26 and 27.

In Redlands, California at the Redlands Country Club on Sept. 19 and 20 Saskatoon product Connor Scissons was competing for Arizona Christian University. The fifth-year golfer shot rounds of 75, 76, and 77 to tie for 64th. The Firestorm was eighth as a team despite Scisssons teammate Acikalin Leon winning the event.

Their next tournament is the OUAZ Invitational at the Sterling Grove Country Club in Sunrise, Arizona on Oct. 3 and 4.

Saskatoon’s Caden Loeppky was in Indianola, Iowa for a one-day event with Waldorf University. He tied for 18th. No scores are available.

The Warriors will take on Iowa Wesleyan University for the 2022 Purple Cup starting Saturday in Forest City, Iowa.

On Sept. 19 and 20 the Valpo Fall Invitational in Chesterton, Indiana took place with Saskatoon’s Josh Nagy in the field. The Robert Morris Colonial senior placed 27th in the tournament. Nagy shot 77, 75, and 73 to finish 9-over par.

The Colonials team was 13th overall in a 17-team event. Their next event is the Tom Tontimonia Invitational in Westlake, Ohio on Oct. 3 and 4.

In Townsend, Massachusetts on Sept. 18 and 19 the FPU Men’s Fall Invite took place with Estevan’s Jace Carlisle in the field of 84 golfers. The Post University student shot 75 and 77 for a 36-hole total of 152, good enough for a tie for 31st.

Post tied for fifth as a team, 16 schools were represented at the event. Next up for the Eagles is the Penmen Fall Invitational at Beaver Meadow Golf Club in Concord, New Hampshire on Sept. 26 and 27.

North of the border in Chilliwack, British Columbia, University of BC Okanagan students Symone Ripley (Saskatoon) and Hunter Kutcher (Regina) were in action in a match play event with the University of Fraser Valley (UFV). UFV won the event 16-12 held on Sept. 19 and 20 at the Chilliwack Golf Course. To see the results click here.

The Canada West Conference Championships are next beginning Oct. 3 in Victoria, British Columbia.