Comfy Dunphy after round one; Johnson aces hole seven at Canadian Amateur 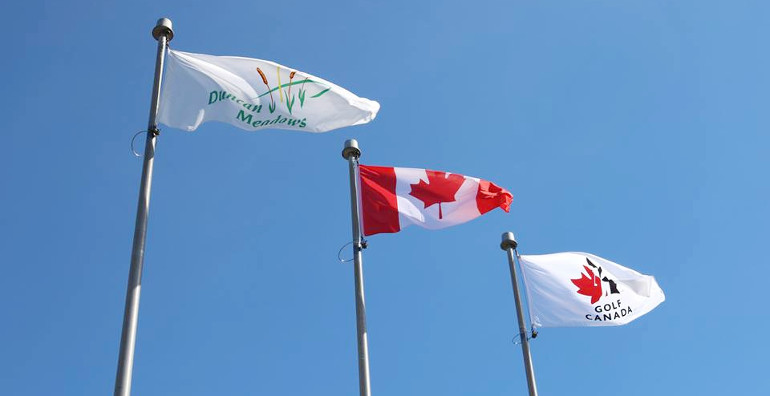 Saskatoon’s Shaun Dunphy shot the round of the day for Saskatchewan golfers at the 114th Canadian Men’s Amateur Championship on Monday.

After the first round of the national championship in Duncan, B.C. the Saskatoon Golf and Country Club member is tied for 11th spot at minus-2. Dunphy opened with a birdie on hole one at Pheasant Glen Golf Resort. He splattered three more birdies on the front nine to go with just two bogeys taking the turn at 2-under par. Dunphy carded a trio of birdies and bogeys on the back nine leading to a 69.

Kade Johnson, the Saskatchewan amateur champion, is in a tie for 73rd at 2-over par. The Southern Arkansas University student provided day one fireworks with a hole in one on hole seven at Duncan Meadows Golf Course. The Yorkton product peppered three bogeys on his card, he had a double-bogey and a birdie on hole 18 to secure a first round 73.

David Stewart and Justin Wood both finished round one at plus-5, each shooting 76. They are in a logjam at 135th place. Saskatoon’s Ty Campbell is tied for 172th at 7-over. Saskatchewan mid-amateur champion Mike Herperger shot an 8-over, 79, that leaves him in a tie for 189th. Liam Courtney is tied for 214th place after an opening round 81, Keighton McNab and Roman Timmerman, both of Saskatoon are at plus-14, they are in 233rd position.

The tournament is taking place at two courses for the first two rounds until cuts are made. Defending champion Zach Bauchou is the leader at 6-under.

Click here to find the complete leaderboard and tee times for Saskatchewan’s athletes ahead of round two.