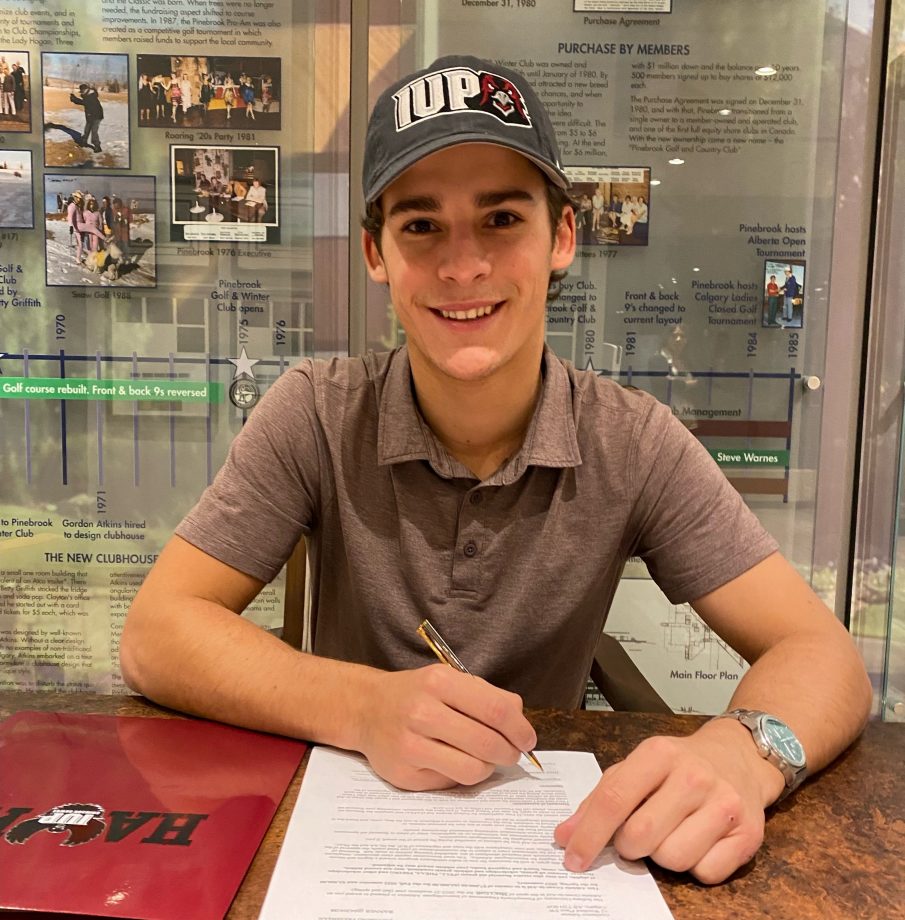 Waskesiu Golf Club employee and longtime junior at the course, Guillermo Salazar has committed to play golf at Indiana University of Pennsylvania next season.

The 18-year-old Calgary product spent most of his youth playing hockey and used golf in Waskesiu, where his family has a cottage, as a release from the sport in the summers. A couple years ago Salazar saw a future in golf and altered his athletic focus.

“Last September is when I got my first golf coach,” he said to Golf Saskatchewan on Tuesday. “I took things to the next level, I started to win some tournaments and that’s when things took off.”

Salazar finished fourth at the Junior Lobstick in 2018, peaking his competitive interest. In 2020 he finished fifth at the Saskatchewan Junior Men’s Championship in Swift Current. This past year he won the Maple Leaf Junior Golf Tour event at Elk Ridge Resort, he also took home the championship of the Junior Lobstick. With plenty of junior success on his resume, Salazar said travel restrictions due to COVID-19 supplanted him in the province.

Salazar will be joined by Alex Swinnerton at the school. The two are longtime friends from their time at the course where Swinnerton also works in the summer months. Salazar said having his friend along for the ride will create some great memories and teach himself about the world outside Calgary and Prince Albert National Park.

“I want to grow some qualities within myself, just some individualism, stuff like that. It’s the qualities you grow being a couple thousand kilometres away from your family. I’m really excited about learning different lifestyles across the continent,” he said.

Salazar is toggling between finance or accounting but highlighted the programs at the Division II school about 100 kilometres north of Pittsburgh.

He is still playing hockey, at a less grueling level in Calgary and preparing for next season. Salazar said he wants to play more men’s events in preparation of his college career.

You can hear more from Salazar in his interview with Golf Saskatchewan’s Clark Stork.