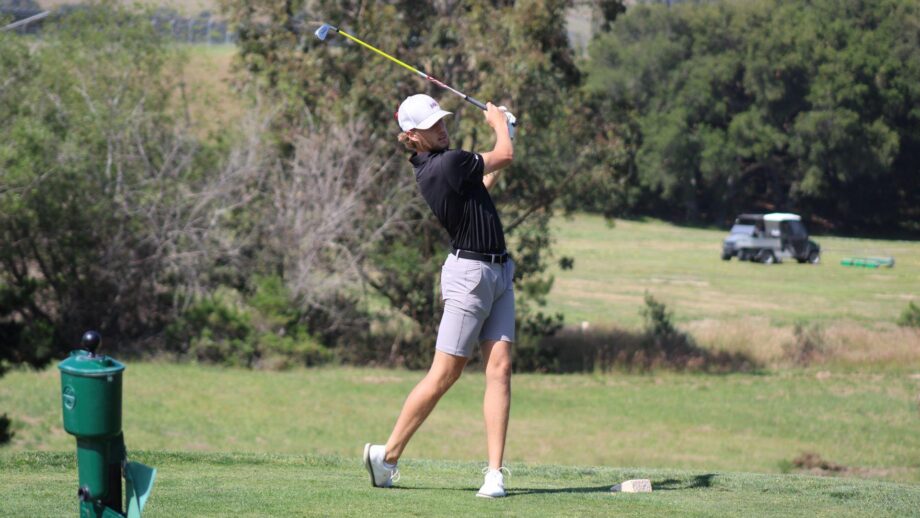 Connor Scissons college career is winding down, but the Saskatoon product has another top-10 finish on his resume at Arizona Christian University (ACU).

The Firestorm were in Lompoc, California on April 25 to 27 for the GSAC Men’s Championship. Scissons carded rounds of 71, 78, and 80 on route to a 10th place tie. The senior at ACU was tied for third at one point in the event.

As a team the Firestorm were fourth overall. The event wraps up their school’s season.

Alex Schmidt of Regina wrapped up the final scheduled event of her collegiate career at Lewis-Clarke State in Idaho. Schmidt finished in ninth place at the Cascade Conference Championships in Eagle Point, Oregon. She posted rounds of 83 and 77 for a 36-hole total of 160 at Eagle Point Golf Club. Schmidt led the Warriors to a fourth overall finish.

Holly Knudsen was in action this week alongside her Minot State Beaver teammates in Smithville, Missouri on April 22 to 24. The Chaplin product opened the tournament at Paradise Point Golf Complex with an 85, she followed that up with a 94 during round two. Knudsen shaved 10 strokes off that for an 84 in round three to finish in a tie for 31st at 47-over par, 263.

As a team the Beavers finished ninth of 13 teams at the Northern Sun Intercollegiate Conference Championships at Paradise Pointe – Outlaw.

Brody Istace wrapped up his four-year college career at Columbia International University (CIU) this week at the Appalachian Athletic Conference Championship in Adiarsville, Georgia from April 24 to 27. The Kindersley product started sluggish with an 89 in round one but bounced back beautifully with a 74 in round two. In the final round Istace stroked an 83 to finish in a tie for 40th at 30-over par 246.

The Rams tied for seventh as a team.

Josh Nagy and the Robert Morris Colonials competed this week in Howey-In-The-Hills, Florida for the Horizon League Championships at El Campeon. The Saskatoon product finished the 54-hole event at 28-over par, 244 (86,81,77) to leave him in 44th spot.

The Colonials finished in ninth place in the team competition.

Will Danielson showed well in Milsaps College’s final event of the spring season. The Saskatoon second year player was competing with the Majors at the Southern Athletic Association Championships in Braselton, Georgia at the Château Élan Golf Club. Danielson improved each round shooting 82, 81, and 76 for a three-round total of 239, good enough for a tie for 27th.

The Majors placed seventh in the team standings.

Caden Loeppky will likely feel confident in his game after picking up a 15th place finish for Waldorf University at the NSAA Championship this week in Albert Lea, Minnesota. The Saskatoon resident went 84, 78 for a two-round total of 18-over par, 162 at the Wedgewood Golf Club.

National championships are a possibility for some competitors as well.