Coben back on top at Senior Men’s Lobstick 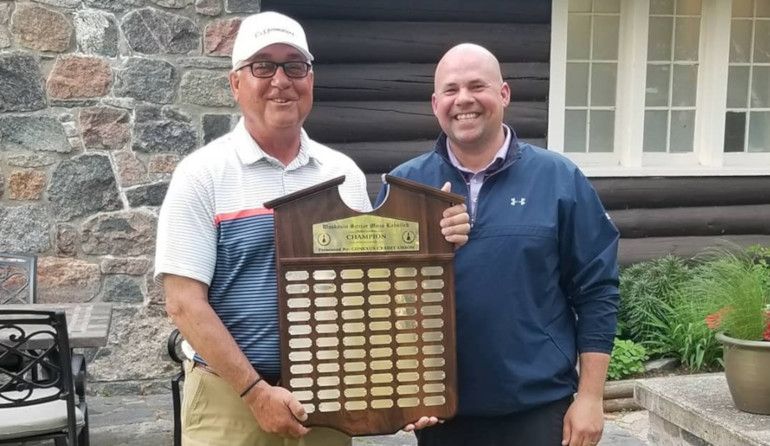 Colin Coben is the Senior Men's Lobstick champion for the eighth time.

For the eighth time in nine years Colin Coben is the Men’s Senior Lobstick champion.

The Saskatchewan Golf Hall of Famer had won seven tournaments in a row before West Kelowna’s Glen Erickson claimed the title last year. The Delisle product found his groove again this year and shot one over par over 54 holes to win and hold off super senior champion Gary Tuffs (below). Coben said he knows the Waskesiu Golf Course very well and that helps him be successful on the marquee track.

“I’ve paid my dues, I’ve played there since I was a young man,” he said. “And I’ve been hitting the ball well.”

After firing a meticulous 65 during the practice round last Monday, Coben shot a consistent 211 (70, 71, 70) to beat Tuffs by four strokes. He said playing consistent over the three rounds is key to winning the event.

“It is, I can’t remember all the other years, but I think it was very similar to being around par. You don’t shoot a lot 65’s where everything goes in the hole. I just like the golf course and the greens were awesome. It helps when you get a good feel for them,” Coben said.

Warren Gnam placed third at plus-six. Lionel Fauchoux was in the hunt at seven-over, Blair Sterling rounded out the top five of the 239 player field. Coben said the event itself is a must play on his yearly schedule.

“It’s a testament to the golf course, Waskesiu, it’s comradery. I just see all the groups there and how much fun they are having. On the night we had off about a dozen of us went on a great fishing trip, so that makes it all. It’s a social event, everyone is up there to socialize and try to make some birdies,” he said.

Coben is in the field for the Men’s Lobstick that begins Monday. For the eighth time he will try to become the first golfer to win both the senior and men’s event in the same season.