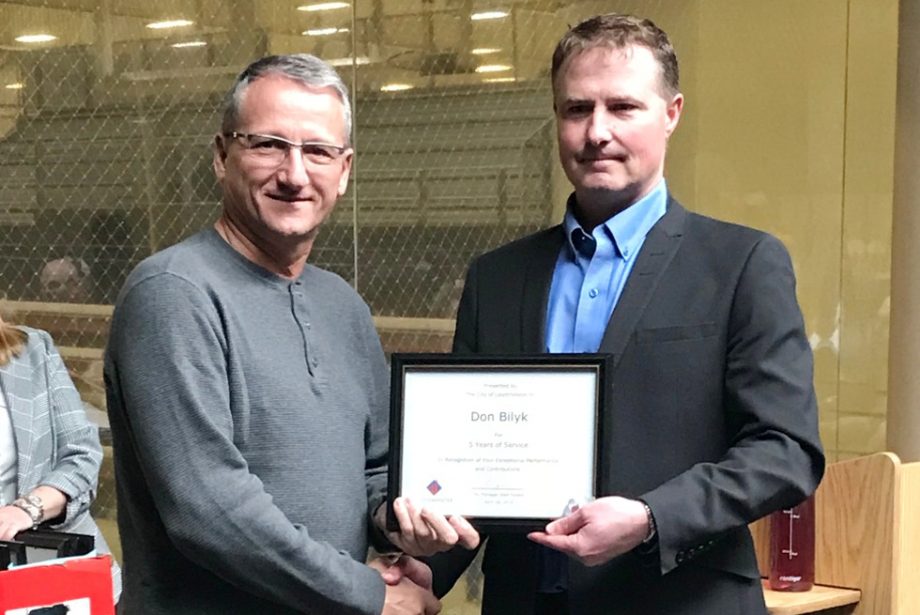 Lloydminster Golf and Curling Club (LGCC) superintendent Don Bilyk is being recognized for his service towards the city and the game of golf.

Bilyk began working at the LGCC in 1981 after working in the oilfields of Alberta. He worked as an assistant superintendent until 1986 where he then took the head position at a nine- hole course in Vermillion, Alta. Bilyk said operating the day to day operations of that course allowed him to make the jump to the LGCC.

“Being a superintendent of a nine-hole course versus an assistant, you are making the decisions,” Bilyk said. “You are purchasing, hiring, fixing equipment, it taught me a lot of good things.”

Bilyk was a good golf player and could have worked as a professional for a career as well. He said he was encouraged to work in the industry through advice from his father after an accident on an oil rig almost took out one of his eyes. Bilyk has spent over three decades in the industry. He said he takes great pride in the LGCC and what the course has to offer.

“I love the layout, when they went from nine-holes to 18, they did it right. We have a championship course layout here, it is 7,000 yards of wonderfulness,” he said.

Bilyk mentioned the members and the staff of the course are also a special group that makes going to work easy daily.

“The people around here are awesome, it’s a gem in Lloydminster that not a lot of people know about. I love working here and always have,” he said.

Bilyk was recently recognized for five years of service to the city. Most of his career he was employed by the LGCC and not the city itself. He said receiving a five-year service award was a quite funny at the time, but he felt honoured.

“It was awesome, it was kind of different, but it was very nice I have to admit,” he said.

Marty Wheaton is the LGCC manager and has worked with Bilyk for a several years. Wheaton said Bilyk’s work is a key part of the club’s success.

“Our course has developed into one of the best in the province. Don has been vital in protecting what we have and developing for the future,” Wheaton said.