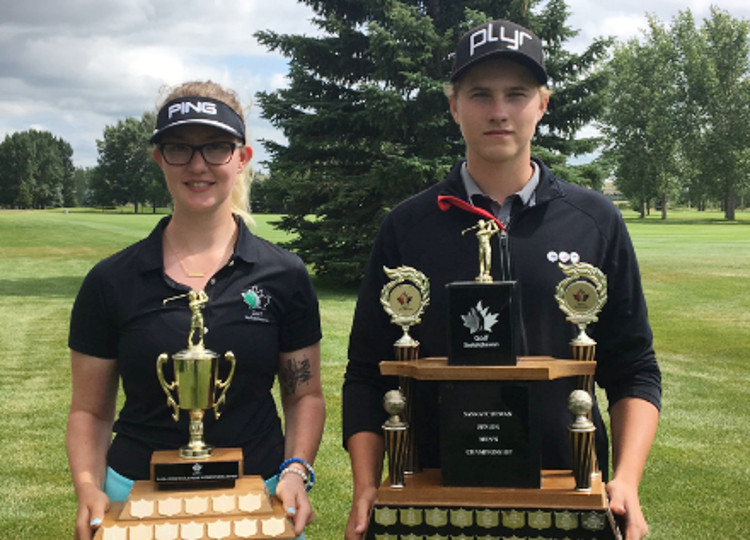 New champions will be crowned this year's Junior Championships in Saskatoon.

The fields are now set for both the boy’s and girl’s Junior Championships next week at the Moon Lake Golf and Country Club in Saskatoon.

Over 60 golfers will chase a Saskatchewan championship as well on spots on the national team that will represent the province at the Canadian championships later this summer. Golf Saskatchewan manager of tournaments Steve Ryde said the field of competitors can expect a top-notch event.

“The kids can expect a challenging, yet fair, golf course with excellent playing conditions. The Junior Men’s and Women’s Championships have always been viewed as a ‘major’ on the Order of Merit Tour (OMT) schedule,” he said.

The Maple Leaf Junior Tour was recently at Moon Lake last weekend, Ryde said some of the competitors will be more familiar with the course. That can be a huge advantage of knowing where and where not to miss shots. The competitor list features the top 30 OMT points leaders. Ryde, a golf professional himself, has competed in junior events growing up in the province as well. He said patience will be key of the 54-hole event.

“We all mis-hit shots out on the course, but the players that stand out above the rest have great short games and putters. The kids that I see are out whaling away on the driver, you need length off the tee, but the putter is the most used club in the bag. Take it one shot at a time and try to avoid the big numbers,” Ryde said.

Humboldt’s Tayden Wallin and Melville’s Chloe Sies are the reigning champions, both have aged out so new winners will be crowned on July 11.

The golfers will play the Highlands and the Moors during the event. The first group of junior women will tee off at 8 a.m. Monday.