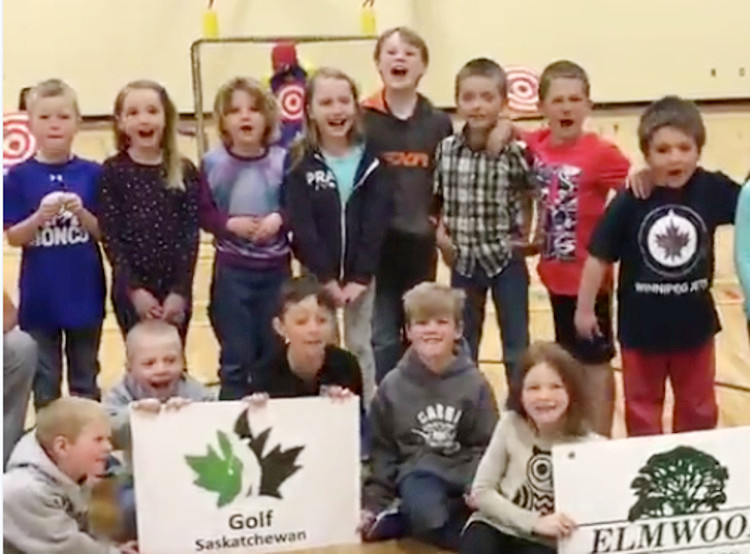 Students at Cabri School recently had a chance for an exciting afternoon of golf without leaving their gymnasium.

Four years ago, Elmwood Golf and Country Club professional Jeff Chambers launched his own version of Golf in Schools. Last week he visited Cabri for his first stop of the spring season. Chambers said the goal of the program is providing exposure to the game.

“I want to make sure kids have an opportunity to put a golf club in their hand even though it looks like a plastic toy because I do it in a gym,” he said. “Just to know golf is fun and to try a swing.”

Golf Canada has a nationwide platform and tools incorporated into the initiative. Chambers has altered his approach somewhat and provides his own equipment. In the four years of the “pilot” project’s existence Chambers has visited over 30 schools and an estimated 1,000 kids. He is based in Swift Current, as the province becomes more diversified he said his work becomes even more special.

“I think it’s really cool I get to introduce a new form of game they’ve never seen before,” he said.

Chambers has visited Cabri in the past. Some athletes from the school travel 45 minutes to Swift Current and take lessons from Chambers at the Elmwood. He said seeing the other students and hearing about them taking up the game make the hours worth it.

“If I can get them to want to go golfing with their grandma and grandpa or mom and dad next time they go, that’s what I’m all about. I learned to golf with my family, it was totally family for me and I’m trying to recreate that,” Chambers said.

If your school is interested in a visit from Chambers, he can be contacted at the Elmwood G & CC.