Chambers named PGA of Canada coach of the year 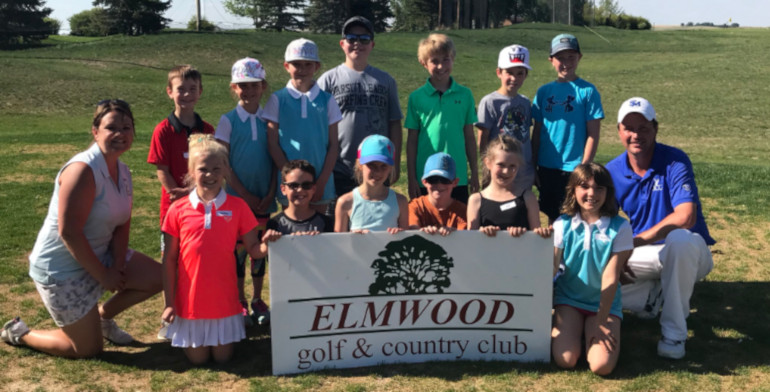 Jeff Chambers (right) is being honoured for his work with coaching junior golf.

Swift Current’s Jeff Chambers received some “surreal” news to cap the 2018 year from the PGA of Canada last month.

While taking part in the PGA of Canada Head Pro Championship in Arizona, Chambers, 43, was told the news he was the PGA of Canada coach of the year from Canadian PGA president Mark Patterson. Chambers said hearing of the honour from another Saskatchewan pro was a great touch.

“That made it a little more special too,” he said. “It was pretty nice. It was a big shocker for sure, definitely a little surprised.”

The award comes after Chambers picked up three other honours during the PGA of Saskatchewan awards ceremony in November. He’s the head professional at the Elmwood Golf Club in Swift Current but has turned his focus most recently to developing junior golf through his academy. Chambers said having his efforts recognized both provincially and nationally means so much.

“I see the demand and I see the difference in the players that come through, it’s kind of fun to take more of a coaching role in the province. It’s paying off and changing the way I do my business and run a business,” he said.

Chambers said he received several messages following the announcement including a congratulatory note from Garrett McMillan, an “up and coming coach” according to Chambers. He said bringing the coach of the year award to Saskatchewan was a team effort and something he wants to share with the entire group of professionals and coaches.

“Every award I’ve got, I’ve said just push hard, go out, do this and great things can come out of Saskatchewan,” Chambers said. “There is always a feeling the only things happen in B.C. or Ontario just because of size, I’ve always said Saskatchewan is on the map and we can do great things.”

The national PGA organization has handed the award out since 2010. The criteria to be eligible is intensive and much of the training Chambers has received occurs at the PGA Orlando show where he will receive the award later this month. He said he’s not done learning and will take part in more education opportunities while he’s in Florida.

“I’m very fortunate because over my years I’ve gotten to meet the best in the world, work with them and actually become friends with many of them. It’s nice to have that network because when I have issues, or I can’t figure out something there is always someone to call. I’m looking forward to being that guy to so many in our province,” he said.

This year’s gala in Orlando will be the eighth time the coach of the year will be recognized. The awards are chosen by an anonymous group of three people with no connection to all the winners. Managing Director of Membership and Support Services Darcy Kral said they don’t take the award lightly and Chambers is a worthy recipient.

“It’s certainly different to win, you are going against qualified people. The nominees are going up against prominent people,” Kral said.