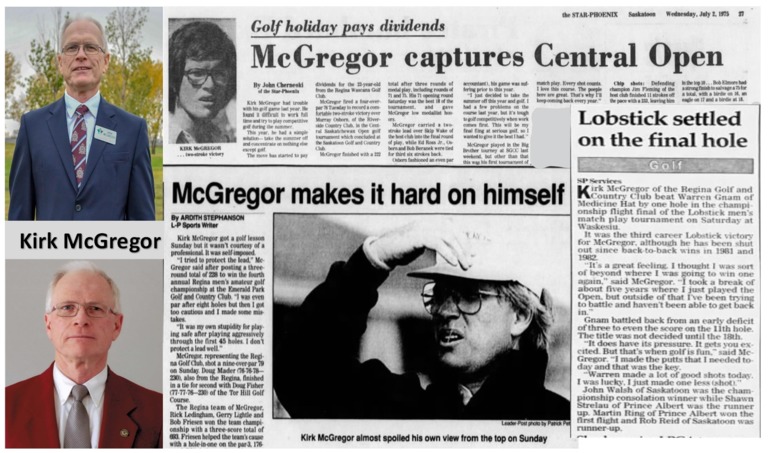 Regina’s Kirk McGregor was inducted into the Saskatchewan Golf Hall of Fame in 2018 commemorating a distinguished amateur career.

McGregor was a member of six Saskatchewan teams at national events including three Willingdon Cup teams. His 1994 showing in Montreal in the Canadian Mid-Amateur Championship where he lost to eventual champion Graham Cooke in the semifinal goes down as his career highlight.

McGregor is still playing today and a member of the Royal Regina Golf Club where he was enshrined in 2018. He sat down with Golf Saskatchewan’s Director of Communications Clark Stork to talk about his career and the the game itself.