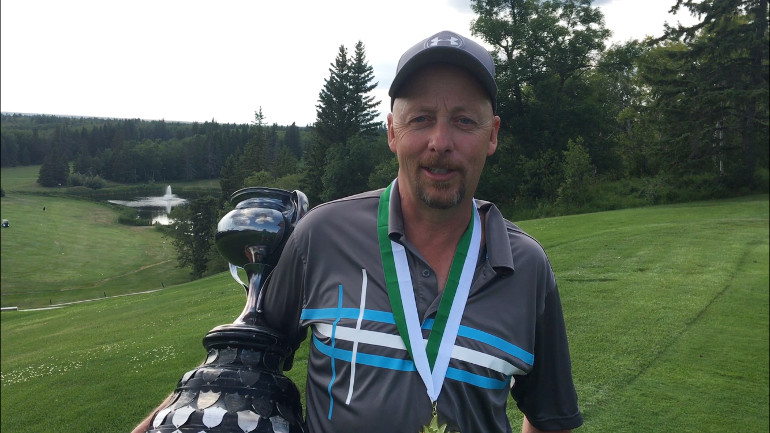 Golf Saskatchewan held their 99th Senior Men’s Championship from July 24 – 26 at the Kenosee Lake course along with the championship for the Mid-Master’s (plus-40) division. Players could play both divisions if the age requirements were applicable. Going into the championship round Thursday Regina’s Ken Rodgers led both fields but the final 18 holes rewrote the story.

Carlyle resident Jason Mohr carded a 76 on day one and 77 on day two, going into the final round four shots back of Rodgers. The defending senior champion couldn’t hold his one shot lead, Rodgers posted a nine-over, 81 opening the door for Mohr. He said he played well but didn’t realize he was in the mix until late.

Mohr’s third round of 73 was the lowest round of the day by four shots.

Golf Kenosee member Rick Hallberg came in second overall, a stroke behind Mohr but his three round total of 227 was low enough to claim the Senior’s Championship. He said it’s an experience he won’t forget.

“It’s been a long time coming to win a provincial championship,” Hallberg said. “I’ve been working pretty hard on my game, it was a lot of fun,” he said.

Biggar’s Keith Silvernagle (below) was the top “Super-Senior” shooting 231 over the three days. He will take part in the national championships as an alternate along with Hallberg, Rodgers, and Tony Turay.