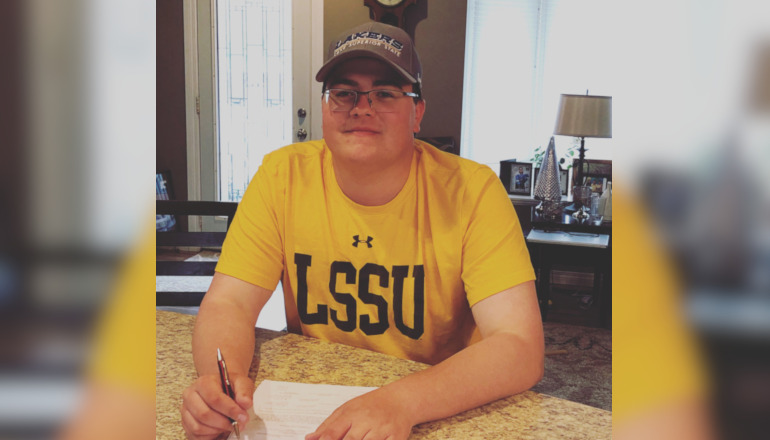 Another Saskatchewan golfer is heading south of the border to pursue an education and continue to develop their golf career.

Estevan’s Jace Carlisle has committed to Lake Superior State University’s (LSSU) NCAA Division II golf program. The two-time Saskatchewan High School Athletic Association champion said he reached out to several American schools but after taking a trip to the LSSU campus it was a perfect fit.

“I got to meet the team and hang out with them for a bit, I chatted with Andrew McKenney, the coach down there, it was great. You can not find any golfers that aren’t together, they are always together helping each other with schoolwork or just hanging out. That’s what really made this decision pretty easy is how tight knit they are,” Carlisle told Golf Saskatchewan.

The school is in Sault Sainte Marie, Michigan. Carlisle is going to study Kinesiology and Sports Management. He said that program was only offered at LSSU which assisted in his decision. He also hopes his degree leads to a career in the golf industry.

Carlisle is going to graduate from Estevan Comprehensive School in about a month and is back working at the TS&M Woodlawn Golf Club for the season under his long-time coach Amanda Minchin. His playing schedule will be busy as well in his last season of junior eligibility. Carlisle said getting his post secondary school plans finalized early on allows him to focus on his game over the summer.

Carlisle has his sights set on a national junior team spot and will also play in the Saskatchewan Men’s Amateur Championship at the Saskatoon Golf and Country Club in July.

You can hear more from Carlisle below as he spoke with Golf Saskatchewan’s Clark Stork on Tuesday.