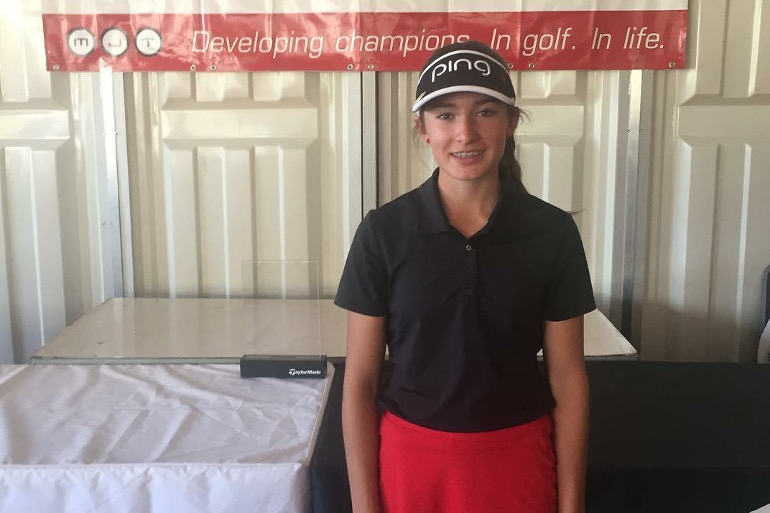 WCC golfer Autumn Neiszner is one of 14 SAGE scholarship recipients this year.

The 14-year-old Wascana Country Club member first visited the course with her grandfather, a member at the Wascana. Her parents started her in junior lessons and when Neiszner was 12-years-old. She started pacing herself with nine holes and now 18 is customary throughout a summer day. Neiszner said the non-repetitive aspect of the sport entices her spirit.

“I like that the game is challenging, and every shot is different,” she told Golf Saskatchewan. “I also like that different courses and different weather make it a new game. I like that I can I can always keep working on different aspects and get better.”

In her first competitive season Neiszner competed in a pair of Future Links events, five MJT tournaments not including the National Championship in Phoenix, Arizona this past weekend and the Golf Saskatchewan Junior Women’s Championship. During the MJT events she has a first-place, two seconds, a third and a fourth-place finish. She said the year went well but meeting new friends and competitors was the basis of her foray in tournaments.

“I don’t really have a lot of girls my age to golf with at my club, so it was a chance to meet other girls my age who golf. I also wanted to play more than 18 holes for fun with my friends,” Neiszner said.

She placed seventh in the under-15 girl’s division at the MJT invite-only national event. Neiszner shot a three-round total of 253, 30-over par that was assisted by her lowest round ever of 81 in the second round. She said the experience was a memorable one.

“I loved the course, it was really awesome to play my best tournament golf at nationals. I met some great people and got to play a practice round with my teammates from Saskatchewan,” she said.

Another highlight for Neiszner this summer was the LPGA’s CP Women’s Open held at the Wascana. Neiszner took part in a clinic hosted by Canada’s national team. Her family billeted a golfer and their caddy during the event and she was a volunteer on the driving range and putting green. She was able to meet several golfers including eventual champion Brooke Henderson and her sister, her caddy Brittany. Overall Neiszner said the experience will help her game going forward.

“It inspired me to get bet better and I think just watching made me better,” she said.

Neiszner will continue to work on her game using a hitting mat and net in her family’s garage. She said her dad searched for practice drills online to fine tune her swing ahead of next season. Neiszner said she hopes golf goes to the next level past high school.

“I need to work on my short game and putting a little. My goal is to continue to improve and get better and play on a college golf team,” she said.

Neiszner thanked her grandparents and parents for their support, she pointed out Saskatoon’s Anna Young as a positive role model as well as the members of the Wascana for supporting her golf aspirations.

You can hear more from Neiszner who joined Golf Saskatchewan’s Clark Stork this week.