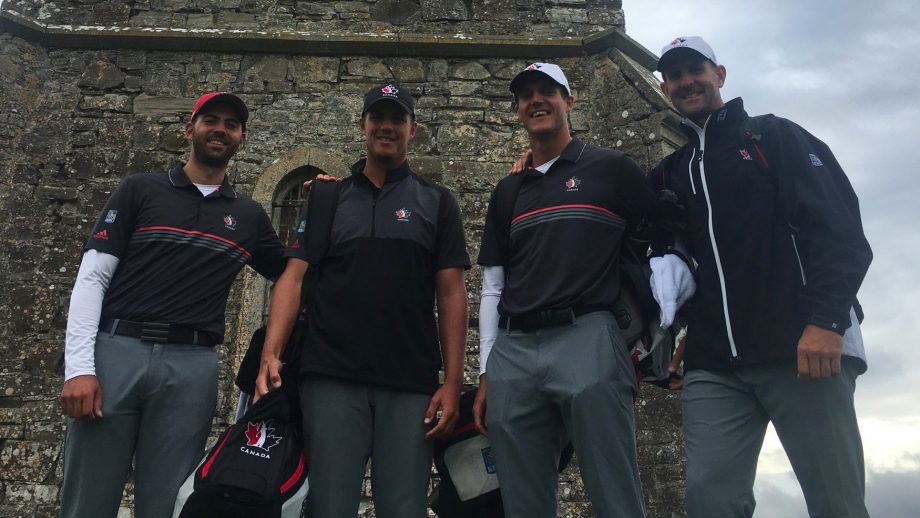 MAYNOOTH, Ireland – Denmark, bolstered by the stellar play of 17-year-old identical twins Nicolai and Rasmus Hojgaard, held off a surging field to win its first World Amateur Team Championship at 39-under-par 541 by one stroke over the USA.

The Danes claimed the Eisenhower Trophy in their 25th appearance as Nicolai Hojgaard, the 2018 European Amateur champion, posted a 7-under-par 66 and his brother Rasmus fired a 6-under-67 for a team total of 13-under-par 133 on the par-73 O’Meara Course. Teammate John Axelsen posted a non-counting 4-under 69. Previously, in 2010, Denmark had claimed the silver medal.

“It means a lot,” said six-time Danish captain Torben Nyehuus. “Everybody is watching. It’s just amazing. I was with the team in 2010 when we came in second, so this is just amazing. It’s pretty nice to go one better.”

Nicolai notched five birdies in his final nine holes and Rasmus logged three as they took the lead from a tightly-packed leaderboard. Four teams, Denmark, USA, Spain and New Zealand, were tied at 34-under as the last groups made the turn.

“I feel wonderful,” said Nicolai. “This is a dream come true for all of us. I had a tough start to this tournament, so I was just trying to play some good rounds to help the team. I did that the last two rounds so this is perfect. This is the biggest team event we could have won and to do it with Rasmus is perfect. But, also with John, John is a great friend and we are all having fun. This is just wonderful.”

The USA used a strong finish by University of Texas freshman and 2018 U.S. Amateur semifinalist Cole Hammer (7-under 66) and University of Southern California senior Justin Suh (4-under 69) to pass Spain for the silver medal at 38-under-par 542.

“It says a lot,” said Hammer, the 2018 U.S. Amateur Four-Ball champion. “It speaks a lot to the way our team jelled and how much fun we had together. When you are having fun playing golf, good things happen. To medal in my first international competition, especially on a stage as big as this, is really special.”

Although there is no official recognition, Spain’s Alejandro “Alex” Del Rey was the low individual scorer at 23-under 267. He and England’s Matthew Jordan shot the low scores in the fourth round at 8-under 65.

The Canadian squad carded a final-round of 10 under par to climb into sole possession of 9th place overall. The trio finished at 30 under par, with Joey Savoie of La Prairie, Que., leading the way at 13 under. Fellow Quebec native Hugo Bernard finished at 11 under par while Garrett Rank of Elmira, Ont., closed out at 7 under par.

Last week, the Canadian women’s team rallied back from T39 to finish in 7th place.