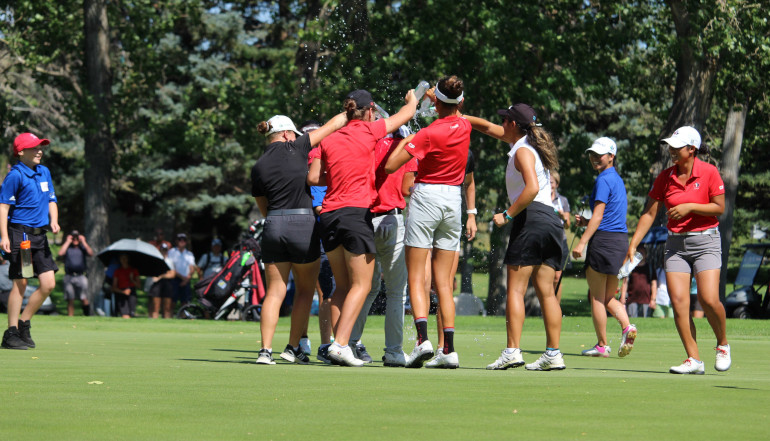 The national experience is over for both Brooklin Fry and Autumn Neiszner in Lethbridge.

The two Saskatchewan golfers showed great this week at the Lethbridge Country Club making the cut at the event.

Fry, 14, concluded the event Friday finishing in 63rd place at plus-33. The 2018 Saskatchewan junior champion has had a busy couple weeks playing both the Canadian Women’s Amateur Championship and junior nationals. She also qualified to represent the province at the Western Canada Summer Games (WCSG) in Swift Current later this month, but a schedule conflict is keeping her off the squad. At one point in the event, Fry was as high as 10th on the leaderboard.

Neiszner, 15, qualified for the national junior championship after winning the provincial event in Nipawin in July. Unfortunately, a wrist injury, that kept the Wascana Country Club member from playing in the Saskatchewan Women’s Amateur Championship flared up Friday forcing her to withdraw from the national event. Neiszner is scheduled to represent Team Saskatchewan at the WCSG.

Emily Zhu of Richmind Hill, Ont. won the event at a sparkling 13-under.