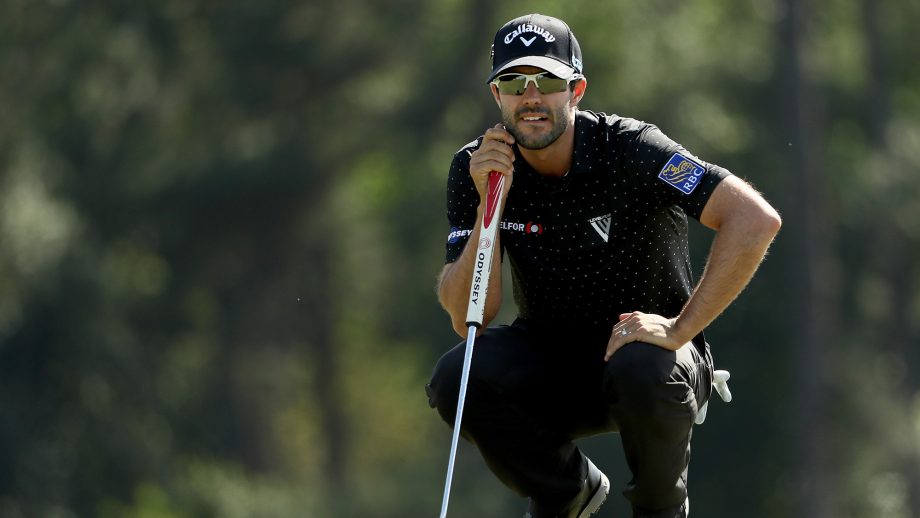 AUGUSTA, GA - APRIL 05: Adam Hadwin of Canada lines up a putt on the 18th green during the first round of the 2018 Masters Tournament at Augusta National Golf Club on April 5, 2018 in Augusta, Georgia. (Photo by Jamie Squire/Getty Images)
Brian Lee

AUGUSTA, Ga. – Canada’s Adam Hadwin is off to a fast start at the Augusta National, and after one round is in a good position to top his finish from last year.

The 30-year-old from Abbotsford, B.C., shot an impressive 3-under 69 on Thursday in the first round of the Masters to enter into a seven-way tie for fourth, three shots back of leader Jordan Spieth. Hadwin made his first appearance at Augsta National last year, finishing tied for 36th.

Hadwin could have been in a tie for second with Tony Finau and Matt Kuchar but he bogeyed on the par-4 18th hole to fall back into the pack.

Thanks to three top-10 finishes, Hadwin has already earned more than US$1.1 million this season. His best result was a tie for third at the CareerBuilder Challenge in January. Hadwin also finished in the Top 30 of the FedEx Cup standings last season.

Mike Weir, who is celebrating the 15th anniversary of his 2003 Masters victory this year, makes up the other half of this week’s Canadian contingent. He shot a 4-over 76 on Thursday to tie for 62nd.

Weir, from Bright’s Grove, Ont., was an assistant captain at last September’s Presidents Cup, where Hadwin was a member of the International team. Weir told The Canadian Press in January that he was impressed with Hadwin’s attention to detail, work ethic and “inner fire.”

“He wants to be great,” said Weir at the time.