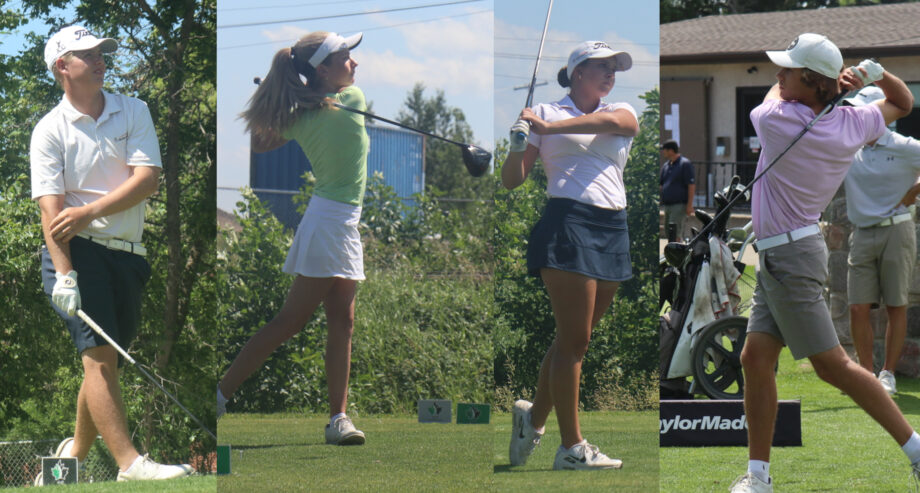 Later this season four Saskatchewan junior golfers will represent the province at the Canada Summer Games in Niagara, Ontario.

Ella Kozak (Yorkton), Hallie Crozier (Regina), Darien Herlick (Weyburn), and Hunter Kutcher (Regina) earned the opportunity to compete in the multi-sport games that will take place from Aug. 6 to 21. The golf competition at the Games will be held at the Legends on the Niagara (Battlefield) from Aug. 17 to 20.

Kozak, 16, said getting a chance to compete in the once-in-a-four-year cycle is an exciting opportunity.

“I am looking forward to attending Canada games and I’m sure it will be a great experience and a good opportunity for me,” she said.

Crozier is one of two Royal Regina Golf Club members to make the team alongside Kutcher. The 17-year-old said she’s ecstatic to get a chance to play at the Games and take in all the festivities.

“I am so excited to go to the Canada Summer Games and represent Saskatchewan golf,” she said. “To have the opportunity to play at this event is something I have been working towards this season. I am really excited about the team we have put together. I am also looking forward to all the events that we will be able to take part in at the Games.”

Kutcher will add the experience to his resume that includes a Saskatchewan Junior Men’s Championship in 2021. He said getting a chance to play in the Games and experience a different national championship is enticing.

“I am very excited to play in an event that I have never had the opportunity to before, as well as being apart of the team that will represent Saskatchewan at a national event. I’m looking forward to meeting new people and experiencing all that the event has to offer,” Kutcher said.

Herlick is now playing more golf in Regina at the Royal, but he started his junior development at the Weyburn Golf Club. Getting a chance to join Kutcher in the boy’s field at the Games and represent the province has the 16-year-old anticipating the event.

“I am looking forward to golfing at the Canada Summer Games for Saskatchewan,” Herlick said. “I’m excited to compete against other teams from different provinces, plus I think Saskatchewan has a very strong team. It’s going to be a great experience.”

The Games were originally scheduled for last summer but were cancelled due to COVID-19.