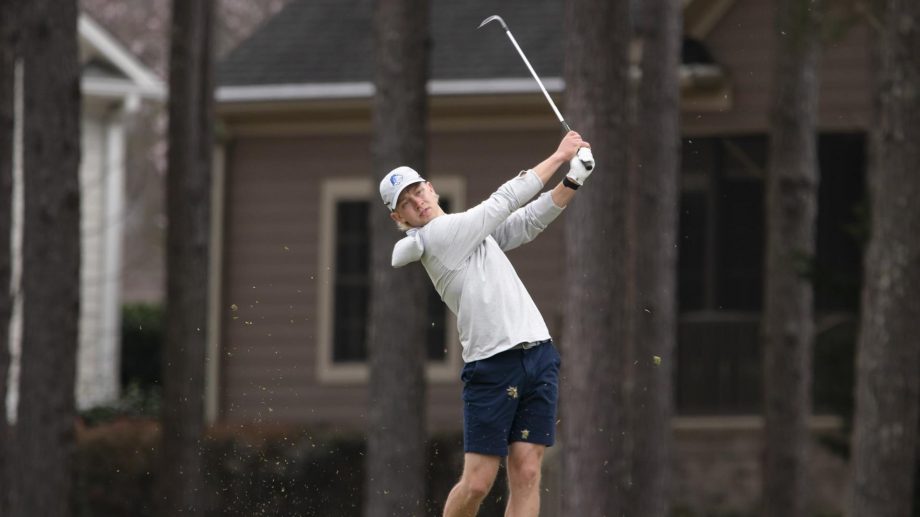 There is still a chance Ty Campbell could play in the college golf post-season but for now his scheduled tournament career south of the border has come to an end.

Campbell, 24, is set to graduate from Southern Wesleyan University in a couple weeks wrapping up a stellar five-year career with the Warriors. Speaking with Golf Saskatchewan following a career best third place finish in his last scheduled tournament this week Campbell said looking back his decision to move to Central, South Carolina could not have turned out better.

“It’s been great,” Campbell said. “I wasn’t sure initially how I felt about my decision, I had a few choices. The coach seemed to be the one here. I came down and I didn’t enjoy it a whole lot my freshman year to be quite honest, but I played alright, stuck it out, and it turned out to be great.”

Campbell was allotted another year of eligibility due to COVID-19 upending his senior year. The NCAA amended their rules to allow another year for their student-athletes. Campbell used the extra year and will finish up his schooling over the next couple weeks before graduating and returning to Saskatoon with a business degree in hand. He said looking back the people he has met along the way will stand out more than any tournament results.

“I think the thing I will take most out of this is the relationships I have had with a lot of guys on the team. Some of them have only been here a year so I only had a quick year with them, but it will be relationships I will take with me the rest of my life,” he said.

He added that travelling to many destinations in America with his teammates and the constant battle to get better were driving factors for him over the half-decade as well.

Campbell did not win any college events, his recent third was a strong finish to a successful career. Despite not picking up a victory south of the border Campbell attributes his college golf career to becoming the 2020 Saskatchewan amateur men’s champion that he won in July of last year at The Legends Golf Course in Warman.

“I don’t know how strong my competitive nature was before I went to college but the steady qualifying and constantly competing for a spot in the lineup, I think played a large role,” he said. “With other Golf Saskatchewan guys like Roman (Timmerman), Kade (Johnson), Justin (Wood), Jehremy (Ryde), Marc (Sweeney), Danny (Klughart), all those guys, just going out every week and getting better all the time. I wanted to compete with them, it kind of built my competitive nature.”

Campbell was a strong junior player in Saskatchewan picking up a Junior Lobstick title in 2015. That was followed by a Men’s Lobstick win the next year. When he graduated from Saskatoon Christian School in 2015, he had options as he mentioned. Now that his college career closes, and more doors open in life and golf where he plans to chase a pro career later this year Campbell said the college golf route is hard to beat.

“I love golf and wanted to do it the rest of my life,” he said. “With the push on getting a degree these days and how tough it is to get a job without one the likelihood of someone going to college is high, so I figured why not play golf while I get my degree. There is so many different schools out there, you want to strive and be at the best school you could possibly be at but there is so much opportunity. I don’t think anything beats playing golf, getting a degree and getting out of the snow.”

You can hear more from Campbell who spoke with Golf Saskatchewan’s Clark Stork this week.