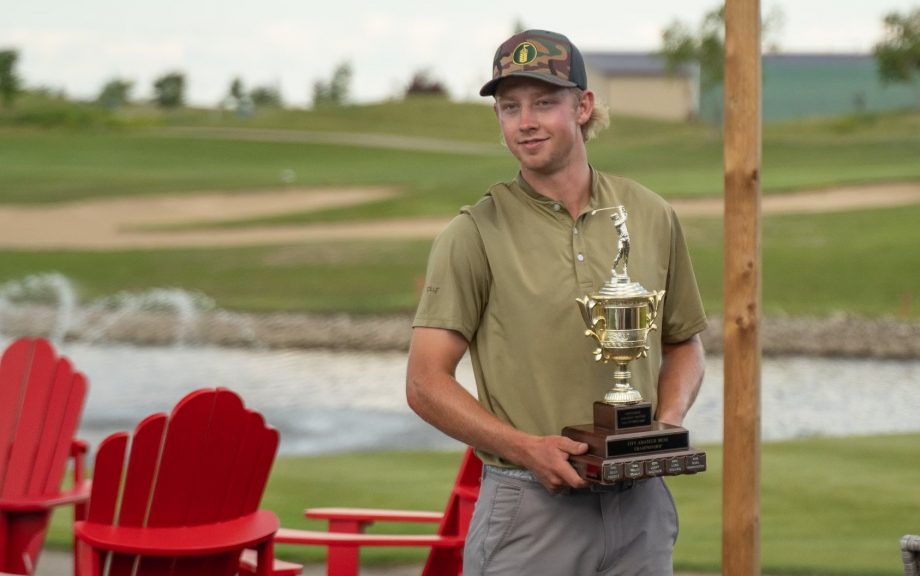 The Saskatoon product shot a lights out 63 on Saturday at Dakota Dunes Golf Links followed by a solid 69 at The Legends Sunday to win the tournament by five strokes at 12-under par. The reigning Saskatchewan Amateur champion said the event is one he wanted to be able to win.

“It feels pretty good,” he said. “I’ve played this event quite a few times and I’ve always wanted to add this one to the win resume and I finally did. It’s nice.”

Campbell did get some pressure from Kade Johnson on the second day of the event, Johnson was three shots better on Sunday in Warman, but the gap was too much to overcome after Campbell’s brilliant play during round one.

“Everything seemed to come pretty easy that day. I don’t think I really did anything special. I just hit fairways, I hit greens, made birdies when I needed to and a few extra. It was fun,” Campbell added.

Not to be lost in Campbell’s 9-under round was Justin Wood carding a splendid 64. Wood was ten shots higher the second round to finish in third at 6-under. Campbell said even with his hot start a win wasn’t secured especially playing two different courses in one event.

“I like playing at two different courses, it’s fun. If you have a bad first day you can reset a little easier. The two courses did play pretty similar as far as the greens. They rolled really well and were in great shape. It’s kind of nice to see something different. One day you can have it at a course and not a the other, so you have to show up at both,” he concluded.

Campbell moves into second place on the Men’s Order of Merit standings. With Johnson’s showing over the weekend the Yorkton product sits in top spot with the provincial championships next on the schedule.