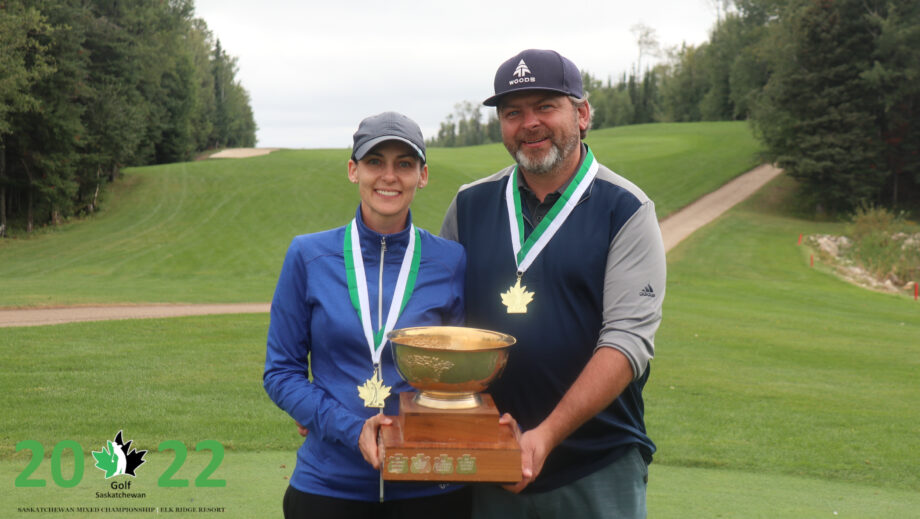 On Sunday at Elk Ridge Golf Resort the Saskatoon duo needed a playoff to hold off Elanne Krainyk and Colton McAllister for the championship. Brown and Vezeau birdied the first playoff hole to claim the win.

The bronze medal went to seven-time winners Kathy Ziglo and Ian Larocque who finished the tournament at 1-under, 143, four shots back of the co-leaders.

In the event’s return to Elk Ridge 51 teams competed over 36 holes and two days. Next year’s Mixed Championship will be held at Moose Jaw’s Hillcrest Golf Club.

More photos of the event can be found here.