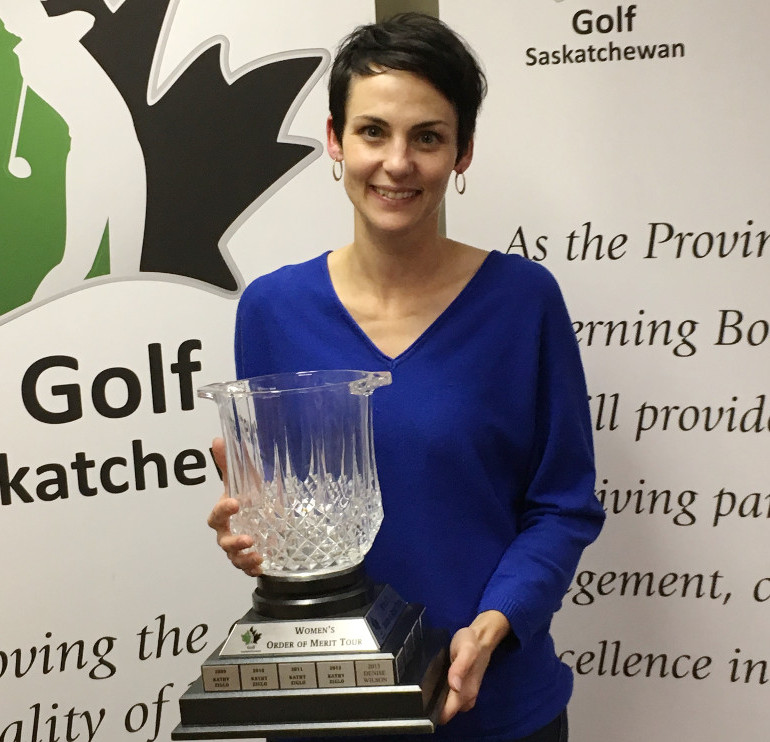 Kim Brown is the women's OMT champion for 2018.

Kim Brown is the 2018 champion in the women’s Order of Merit (OMT) standings.

The Saskatoon golfer played four OMT events this past season collecting 2,025 points to claim the title. The Saskatchewan public player held off Lorie Boyle and won by 175 points. She said the OMT championship isn’t her main reason for playing on the tour, but the win is significant to her.

“It’s a nice thing for Golf Saskatchewan to have and recognize participation of players in Saskatchewan. It may not be top of mind I think it’s a really nice gesture and something nice to have,” Brown said.

She started her season with a win at the Prince Albert Ladies’ Northern. Brown was also victorious at the Ladies’ Lobstick in Waskesiu. She said those two events are staples on her summer schedule. She said having her family, including her three-year-old son attend the tournaments with her is special.

“He doesn’t understand anything, he just wants to run on the green and say hi to mom,” she laughed. “We had a nice summer. I’m from Prince Albert so I go back and play that tournament every year and Waskesiu is really close to my heart. I love playing in the Lobstick, I like the match play format so those are two I get to every year.”

Brown collected 500 OMT points for the Prince Albert win, the Lobstick was worth 750. She played in the Saskatoon Ladies’ Open and placed eighth picking up 175 points, her fourth-place finish at the provincial championship earned her 600 points. Brown qualified to attend the Canadian Amateur Women’s Championship, but her schedule didn’t allow her to participate. She said looking to next year she hopes to take another swing at qualifying for the national tournament.

“I would love to play in provincials again and if it’s possible I would go to nationals. I definitely check out the dates and look forward to finding out whether I’m able to play in those or not. I consider it every single year and next year will be no different,” she said.

You can see the complete women’s OMT standing here.