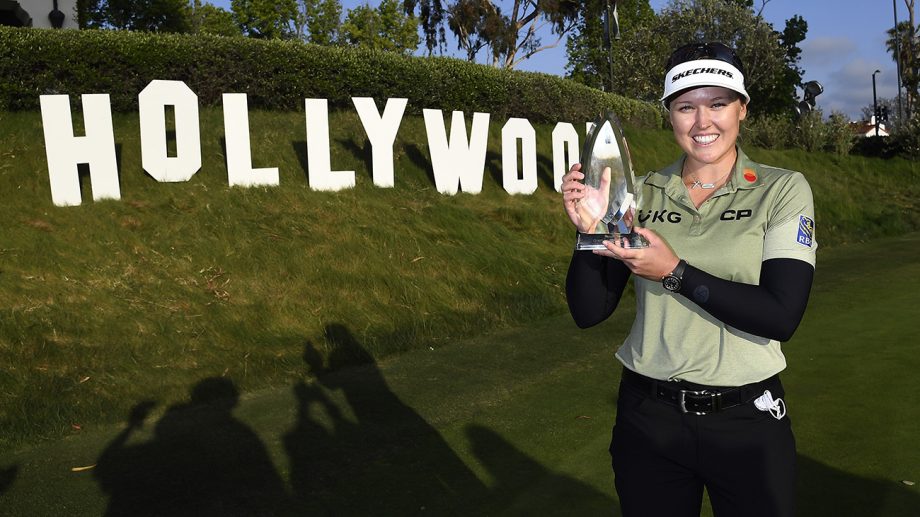 LOS ANGELES (Canadian Press) – Brooke Henderson rallied to win the HUGEL Air Premia LA Open on Saturday for her 10th LPGA Tour title, chipping in for birdie on the par-3 12th in an early back-nine burst and getting up-and-down for par on the last.

Four strokes behind leader Jessica Korda and three back of top-ranked Jin Young Ko entering the sunny day at Wilshire Country Club, Henderson closed with her second straight 4-under 67 for a one-stroke victory over Korda.

Henderson bogeyed the par-4 17th to cut her lead to two, then chipped inside 2 feet for par on the par-3 18th after her 8-iron shot rolled off the right edge of the green and into a low collection area.

The sixth-ranked Henderson won for the first time since the Meijer LPGA Classic in June 2019. She finished at 16-under 268 to break the event record of 14 under set by Minjee Lee in 2019.

Korda closed with a 72, missing a chance for her second victory of the year after leading after each of the first three rounds. She won the season-opening Diamond Resorts Tournament of Champions in January for her sixth LPGA Tour title.

“You know, this game is incredible and it gives you so many great opportunities. The friends that I’ve made and the places that I’ve been able to travel are really crazy,” said Henderson, when asked about being a role model.

“I’m really grateful that my parents got me into the game and that my sister and I have been able to share this journey together.”

While Henderson made her move early on the back nine, Ko bogeyed the 11th and 12th in a 72 that left her tied with Australia’s Hannah Green at 14 under. The South Korean star was coming off a two-week break after finishing seventh in the ANA Inspiration.