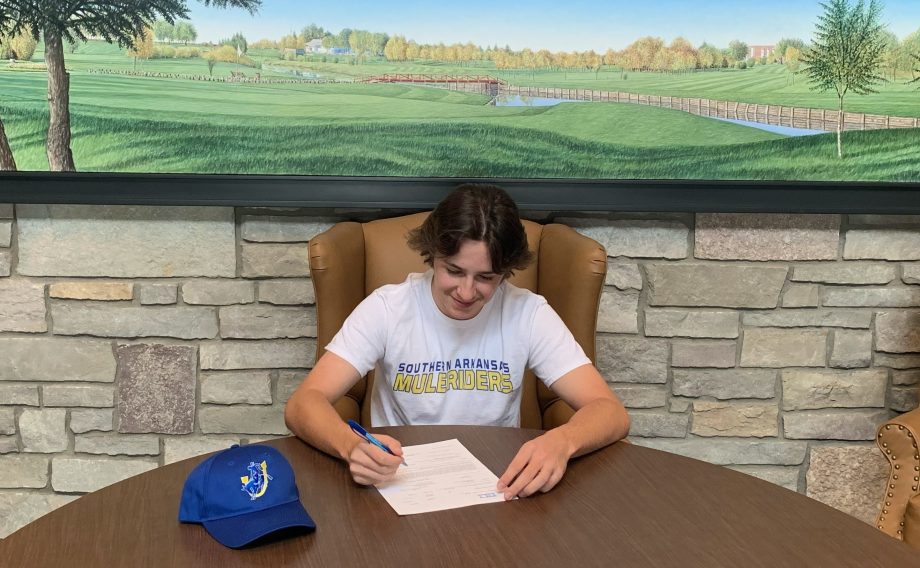 Will Blake has committed to Southern Arkansas University.
Clark Stork

The golf pipeline from Saskatchewan to Southern Arkansas University (SAU) is continuing.

Regina’s Will Blake has committed to the Muleriders golf program for the 2022 season following in the footsteps of Yorkton’s Kade Johnson and Roman Timmerman of Saskatoon. Blake said he’s ecstatic to commit to the program.

“It feels awesome, it’s a big relief to get it done,” the 17 year-old Royal Regina Golf Club member said to Golf Saskatchewan. “It was in the works for quite a while, I verbally committed right before golf season started so it was a really big relief to officially put pen to paper.”

Blake said he sent emails to several college golf coaches with SAU being at the top of the list and was hoping for at least an email back from the coaching staff at SAU. He said the school replied and the two began to communicate.

“Seeing the success that Kade and Roman have had coming out of there, I wanted to shoot a shot,” he said. “That was a really big factor, I want to have the success they have had and follow in their footsteps.”

With his school plans written in ink Blake will turn his attention to his final season of junior golf. He said the excitement of the Saskatchewan Junior Championships is high but national appearances are also in his sights.

“I think the biggest thing is provincials at the Royal, it’s my home track so hopefully I can put on a good show there, obviously the end goal is to win it. Junior boys’ nationals will be another big thing, the Canada Games are this summer, hopefully that happens depending on COVID, but I’d definitely say provincials. I think that would be really awesome and an honour to win on my home course,” he said.

Blake plans to study business in the classroom and stay in the golf industry once he graduates.

You can hear more from Blake below in his interview with Golf Saskatchewan’s Clark Stork.