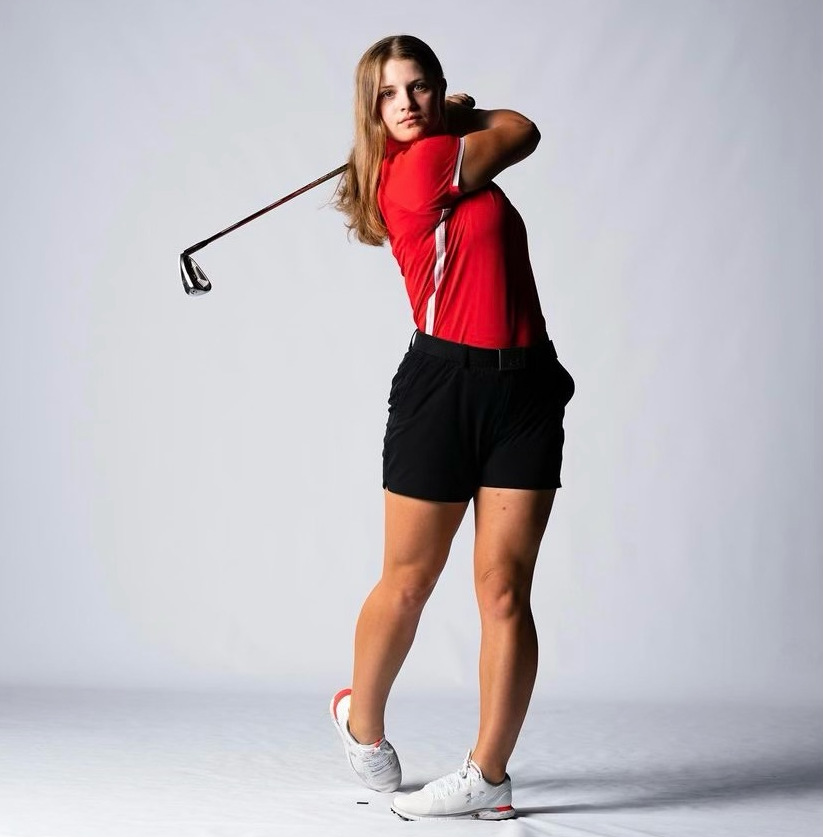 Chaplin’s Holly Knudsen has played golf for most of her life, but it wasn’t until later that college could be an option, and she couldn’t be happier.

“I didn’t really take it too seriously when I was young, my dad really loves golf, so he had all us kids golf. It was more of a casual thing like getting out to play with dad. As I got into high school, we would get out more often, I did actually play on my school team in my senior year of high school otherwise it was just a casual thing,” Knudsen explained.

After graduating from school, the now 21 year-old attended the University of Saskatchewan but admittedly the facility wasn’t for her, so she took some time off to plan her next step. On some advice from her dad and coach in Swift Current she eyed the Minot State University Beavers golf program.

“I was just talking to my dad one day because I was trying to figure out what my next move was going to be, he was saying based on your scores you could play college golf if you wanted to,” Knudsen said. “I was like, that would be great, I didn’t think that was an option. I went and saw Jeff Chambers at Elmwood (Golf Club) and he said it was a real possibility. He got me in touch with the coach and it took off from there.”

Knudsen is now two events into her second season on the Beavers women’s golf team. She said everything is going great and she’s ecstatic to be playing the sport at the college level.

“Overall, it’s really good,” she added of her rookie year. “We didn’t get a fall season, but we got a spring season, we played five events which was good. It was a learning curve, I didn’t quite play how I wanted to but yeah, I love it here.”

The Beavers have two competitions under their belts so far this season, an exhibition event in Jamestown, North Dakota and the BSU Invite in Bemidji, Minnesota. Knudsen said she’s off to a good start and excited for what the year will bring.

“Our first event we went to I actually got second-place, so it went really good. I didn’t play quite as good in our last one we just got from, I was a little disappointed, but I am getting some practice in before our next event to try and get back to where I want to be,” she said.

The Beavers next event is Sept. 27 and 28 in Winona, Minnesota for the Watkins Invitational.

In the classroom Knudsen is studying finance.

You can hear more from Knudsen below as she spoke with Golf Saskatchewan’s Clark Stork this week.