Back on Saskatchewan soil, junior women return from nationals 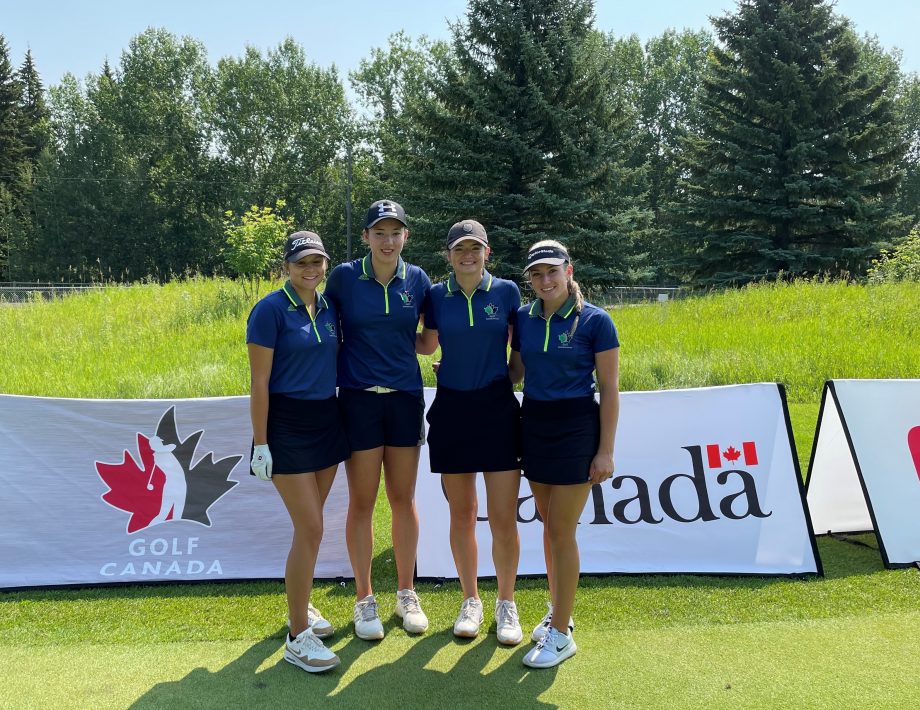 Left to right; Ella Kozak, Brooklin Fry, Alex Schmidt, and Autumn Neiszner get set for their practice round ahead of the Canadian Amateur Women's Championship. Submitted photo-Troy Neiszner
Clark Stork

The month of July was a blur for the likes of Autumn Neiszner, Ella Kozak, and Brooklin Fry. The Saskatchewan teenagers are back in their home province after an extended stay in Alberta competing in the junior and amateur women’s championships in the Edmonton area.

Autumn Neiszner was the highest finisher last week for the players competing in the amateur at Edmonton’s Petroleum Golf Club placing tied for 27th. Neiszner said looking back on how the championship went she’s very ecstatic with the result.

“Definitely, I’m proud of myself for that,” she said. “The course was pretty tough, it was long, I was really happy with how I played.”

Neiszner now has three national championship appearances on her resume including the two this year after Leduc and Edmonton. She said making the cut in both championships was her goal and will serve her well going forward.

“I think nationals will be key for my development because I’ve only went to one national before this and I had to withdraw in the last round obviously. I was happy to make the cut at both and actually finish but I think it’s super cool to get experience doing these big events with a bunch of girls and four rounds,” she said.

Neiszner will take some time this week to work with her coach and prepare for the Wascana Country Club championship this weekend where she’s the defending women’s champion. She will compete in the Maple Leaf Junior Tour event at Elk Ridge later this month then head to Florida for her first year of university at Keiser.

You can hear more from Neiszner below.

The month wasn’t quite as successful for Yorkton’s Ella Kozak as it was for Neiszner or Fry after she missed the cut at the junior nationals however the 15-year-old rebounded wonderfully at the national amateur.

Kozak finished at 24-over par and tied for 44th in Edmonton. She said playing well after a disappointing week was important to her.

“It was good and bad, some of it was hard to go through, the first tournament, the junior nationals, that was definitely a hard week for me. The ladies’ nationals, I think I did way better and I definitely took a step forward. I’m proud of myself for how things turned out,” she said after returning to Yorkton.

The Saskatchewan women’s champion was also pleased with her consistency averaging 78 over four days.

“I shot all in the 70’s which I thought was a big accomplishment for me. I feel better about it now,” Kozak added.

Kozak has a few more events to play before the Saskatchewan season ends before she heads back to Florida to work on her game over the winter at an academy in the Sunshine State.

You can hear more from Kozak below.

For Fry, the 16-year-old is no stranger to national events and her experience showed in Alberta. Fry tied for 27th at the juniors in Leduc and in 58th at the amateur championship. Much like her response to the junior event, she wanted a higher placing in Edmonton.

“It was pretty good, not the way I wanted to play,” Fry said of the four days at the Petroleum Club. “I hung in there and I fought for every stroke.”

Fry opened the amateur championship with an 82 however the next three rounds she carded scores of 78. She said she was proud of how she bounced back from an off day in round one.

Fry said her last event of the summer will be the Women’s Lobstick at Waskesiu and then she will turn her attention towards hockey and her first full season with the AAA Prince Albert Bears hockey team. They had their first official practice this week.

You can hear more from Fry below.