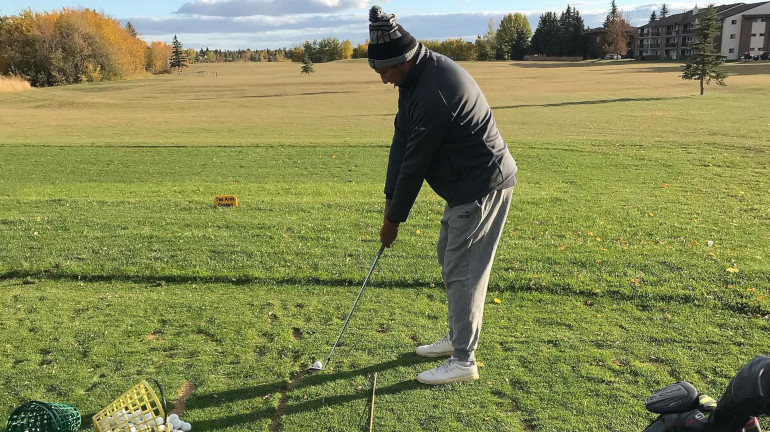 Upon receiving his PGA of Saskatchewan card in 2009 word got back to Autism Services and the two teamed up for an annual golf camp. Earlier this season the 10th season concluded.

“Since 2010 I’ve been running a four-week program,” Schneider explained to Golf Saskatchewan. “This year was a little bit smaller than usual due to some COVID-19 concerns. I’m so happy that we still got to run it for the few that were interested.”

Numbers were down this year as Schneider explained with three youth taking part in the month long, once a week program. Last year 10 participants took part. The numbers have fluctuated through out the decade, but Schneider said he sees lots of repeat attendees.

“The majority come and stay until they are unfortunately too old for the program. Lots continually come back, it’s great,” he said.

Schneider goes through three weeks of group lessons at Wildwoood Golf Club before him and employees from Autism Service take the participants out for a round of golf. Each day is celebrated with a drink in the clubhouse. He said the program stretches past the golf course.

“For lots of them this is the only time they do see golf, some are lucky and have parents that golf, so they’ve experienced it before. For lots it’s an opportunity to try something they typically wouldn’t have. A big part of any program through Autism Services is to try and work with them a little on communication and socializing skills,” Schneider said.

For more information on Autism Services of Saskatoon click here.