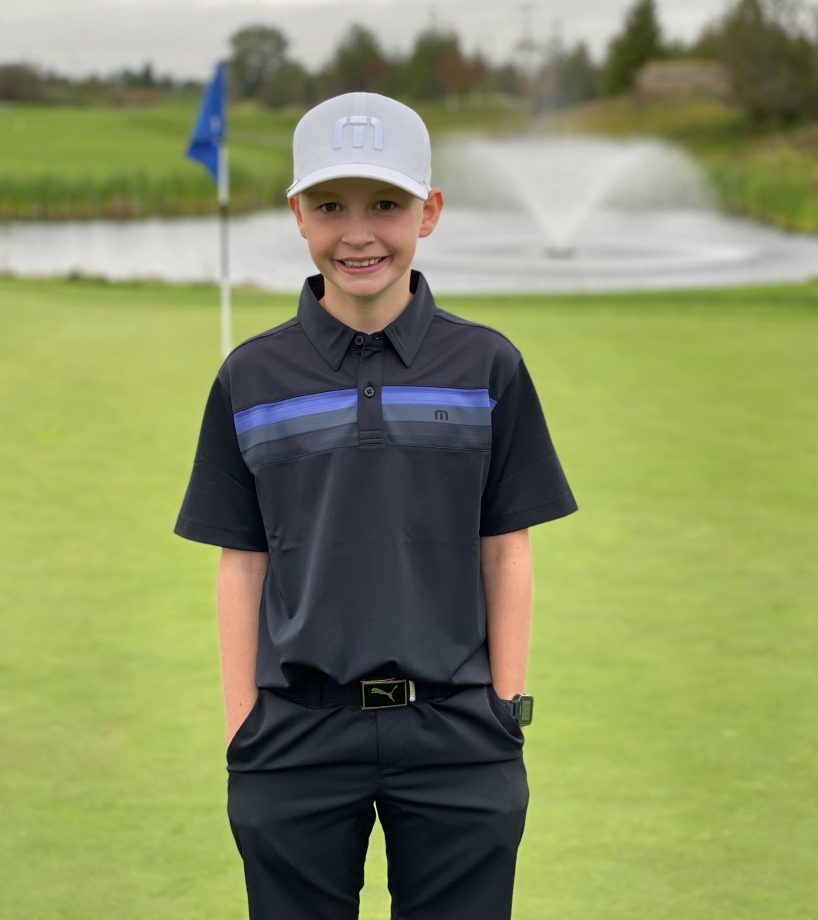 Austin Nesbitt is just 10 years old but already has high expectations for his golf future.

The Wascana Country Club junior member said he started playing golf at three years old when “someone put a club in his hand” and he admittedly hasn’t put it down since. Four years later the Pilot Butte resident competed in a Drive, Chip and Putt event in the United States and now he’s a fixture on the Maple Leaf Junior Golf Mini Tour. Nesbitt said there’s several factors that go into his love for the sport.

“I like challenging myself, pushing myself to be better than I was the day before. I like travelling and meeting new friends, stuff like that,” he explained to Golf Saskatchewan following his first MJT National Championship experience.

Nesbitt said competing in tournaments gives him a chance to see where he stacks up with other players.

“I like seeing how other kids play and seeing if my hard has paid off when I play with them,” he said.

Nesbitt routinely wins his age group within Saskatchewan on the MJT Mini Tour, but he placed tied for seventh in his age group at the national event at Tsawwassen Springs in Tsawwassen, British Columbia on Aug. 19 and 20. Nesbitt said he’s very pleased with his finish.

“That was definitely was one of the best things of the summer so far, not one of, probably the best thing all summer,” he said. “My goal was top-10, the first day I had lots of nerves and the second day I just played my game. I focused and shot one of the best rounds of the year. That’s why I am happy with it.”

Nesbitt shot 82 and 71 at the championship. While there he placed third in the Little Linkster Swing Contest and was given one of the MJT Booster Juice Bounceback Awards for best improvement in score in round two from round one.

The MJT Mini Tour is hosted at the Junior Tour venues over the summer and are one day events. Golf Saskatchewan hosted the Junior Junior Championship alongside the provincial juniors in Moose Jaw earlier this year. Nesbitt won his age group in his multi-day event debut. He said learning to play on consecutive days was important for his development.

“That was lots of fun doing a two-day event, I learned a lot from that experience, and it’s paid off,” he added.

Nesbitt said he is looking forward to playing more 36-hole events next year and has lofty goals ahead.

“I am definitely going to keep going with this. My plan is to play more junior events next year, the two-day events. I ultimately want to play college golf and make the PGA TOUR. That’s one thing I’ve always wanted to do,” he said.

Nesbitt added that he has great coaches in his dad Jeff, and Jeff Chambers in Swift Current.