Another tournament, another Fry win 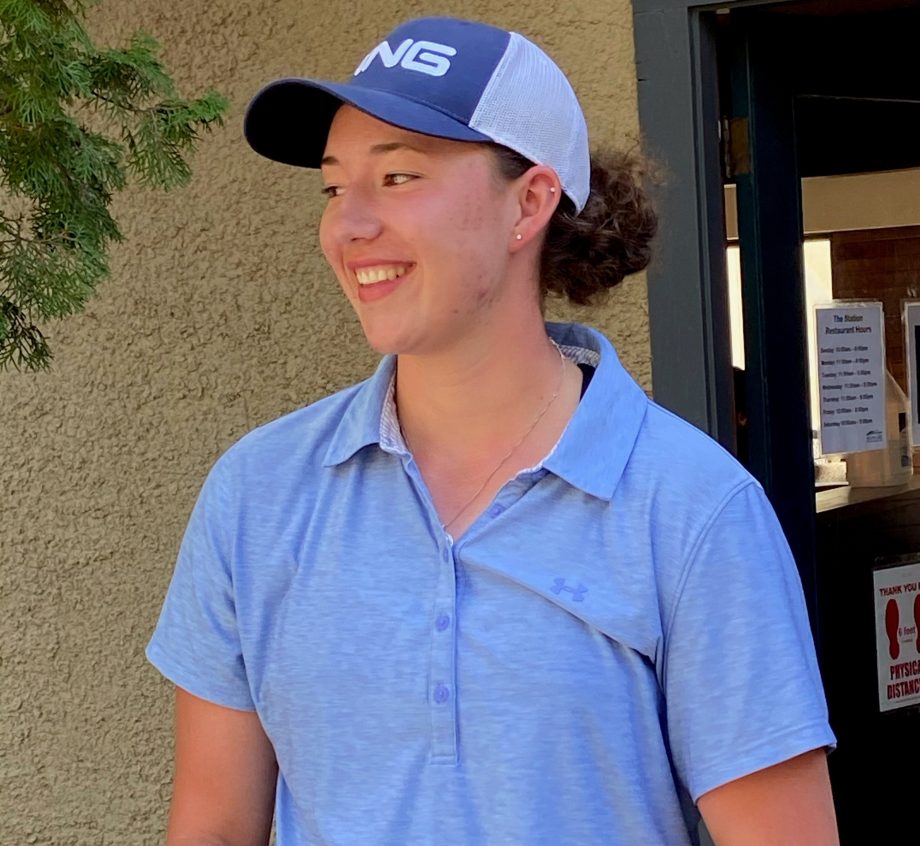 BROOKLIN FRY WON THE SASKATOON LADIES OPEN ON THE WEEKEND. HER SECOND VICTORY OF THE SEASON. PHOTO-ANN KIRKLAND
Clark Stork

Will anyone stop 16-year-old Brooklin Fry on the Saskatchewan Women’s Order of Merit Tour (OMT) this year?

The Shell Lake product picked up her second win of the season this past weekend taking the Sangster’s Saskatoon Women’s Open by 10 strokes at Moon Lake Golf and Country Club. The victory followed up her win at the Ladies Northern in Prince Albert earlier this month.

Fry, the reigning amateur and junior women’s champion shot rounds of 73 and 71 in the event finishing at even-par. Yorkton’s Ella Kozak was second at plus-10. Sarah Grieve of Saskatoon rounded out the top three at 13-over par.

Regina’s Kim Walker was the senior women’s champion holding off Lorie Boyle by five shots, Walker finished at plus-15.

The next stop on the OMT for the women’s division is the Saskatchewan Amateur Championship on July 6 to 8 at Elmwood Golf Club in Swift Current.

On the men’s side of the Order of Merit Tour it was Matt Procyshen taking the Crocus Men’s Open at the Weyburn Golf Club on June 13.

The former Yorkton resident who now plays out of the Saskatoon Golf and Country Club posted an opening round score of 75 before carding a stellar 67 on day two to win the 36-hole tournament by five shots.

The final results can be viewed here.

The Men’s Lobstick at Waskesiu is the next event on the OMT Tour, that’s currently underway. For live scoring click here.

In the senior age group at the Crocus it was hometown product Rick Hallberg winning the championship.

Hallberg fired rounds of 74 and 69 for a 1-over, 143 over the weekend to secure an eight shot win over Regina’s Stu Innes.

Kelly Mutter was third at 153.

The senior results are here.

The Auto Clearing Senior Men’s Championship is next for the senior men, that takes place June 22 – 24 at Moon Lake Golf and Country Club.