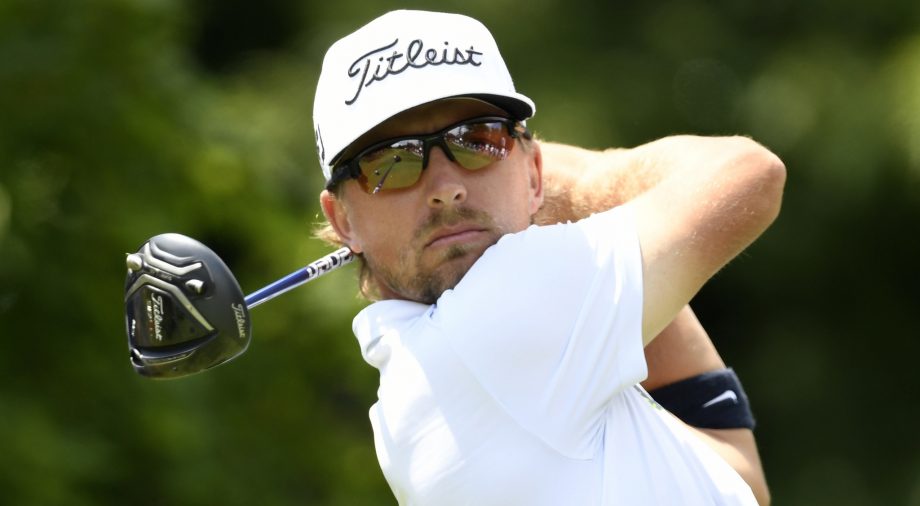 The last time Roger Sloan had long hair, he was playing on the PGA Tour.

After a tie for second at Sunday’s Albertsons Boise Open, the native of Meritt, B.C. locked up a return to the top circuit in men’s golf. And, he said, there was a consensus amongst his family it was time to “grow the flow” again.

While the long locks might make a return, Sloan will hope his scorecards have a different look from when he last played on the PGA Tour full time in 2015. He appeared in 20 tournaments but made only seven cuts that year, and has been playing on the feeder Web.com Tour since 2016.

With his tie for second Sunday, Sloan moved to 10th on money list of the Web.com Tour Finals – a four-tournament series where the top 25 earn status on the PGA Tour – and has already secured a promotion with one event left to play.

“It all came together and I was able to play Roger Sloan golf,” Sloan said in a phone interview. “At the end of the day it was a great score and we had a chance to win and we’re walking away with a job promotion. All in all it was a great tournament.”

The 31-year-old will cap his Web.com season when the circuit’s Tour Championship starts Thursday at the Atlantic Beach Country Club in Florida.

Sloan will join fellow British Columbian Adam Svensson, who earned his first PGA Tour card by finishing in the top 25 of the regular season money list on the Web.com Tour, along with Nick Taylor, Adam Hadwin, Mackenzie Hughes, Corey Conners, David Hearn, and Ben Silverman as part of the Canadian contingent on the PGA Tour next season.

Sloan credited the work he’s done with mental coach Paul Dewland and swing coach Jeff Barton as keys for his success this year.

“He’s worked really hard, and that’s what it takes. Everyone gets mystical about the mental game but it’s just habits and skills. You’ve just got to work at it, and has,” said Dewland. “He’s ready for the PGA Tour.”

Sloan’s runner-up result Sunday was his best finish on the Web.com Tour since he won the Nova Scotia Open in 2014. He finished tied for ninth in Boise in 2017 and said the familiarity with the golf course helped him to a near-win.

“You just really have to be patient and tactical. That combination suits me, and how I prep for a golf tournament,” said Sloan. “Boise is also a very similar climate to where I grew up in Meritt, and there are a lot of similarities. Plus Boise is a great city, and my wife and I love being there.”

Sloan and his wife, Casey, welcomed their first child – Leighton Maddox – last September. Her first birthday is September 19, and Sloan said there would be a small celebration this week, followed by a big family party next week to also celebrate his promotion to the PGA Tour.

He said travelling with an infant while playing golf this year was like “throwing a wrench into an engine” in terms of his routine, but said it was an “easy” adjustment to make.

“I got to see first-hand my daughter growing up, whereas the alternative was to see her a few weeks throughout the course of the season. I wouldn’t have changed it for the world,” said Sloan, whose wife and daughter joined him on the road this year.

The trio will continue to travel together this year on the PGA Tour.

“It was a huge upgrade for my wife because there is consistent, quality health care at every event,” said Sloan. “She is more pumped than I am.”

Sloan played one PGA Tour event this summer, the RBC Canadian Open in Oakville, Ont. He made the cut and finished tied for 37th.

He said that week he knew he was “good enough” for the next level.

“I didn’t have the greatest week at the Canadian Open but I still was able to have a decent finish,” he said. “That validated the whole processed we’ve devoted ourselves to, and I’m excited for the next several months, and the rest of my career too.”

After Sunday’s final round at The Evian Championship, both Alena Sharp and Brittany Marchand secured LPGA Tour status for 2019.

The top 100 on the money list after Sunday earned LPGA Tour status for next year.

Sharp was 92nd while Marchand, a rookie this year, was 89th.

Brooke Henderson of Smiths Falls, Ont. is second on the money list and finished tied for 10th at the Evian.