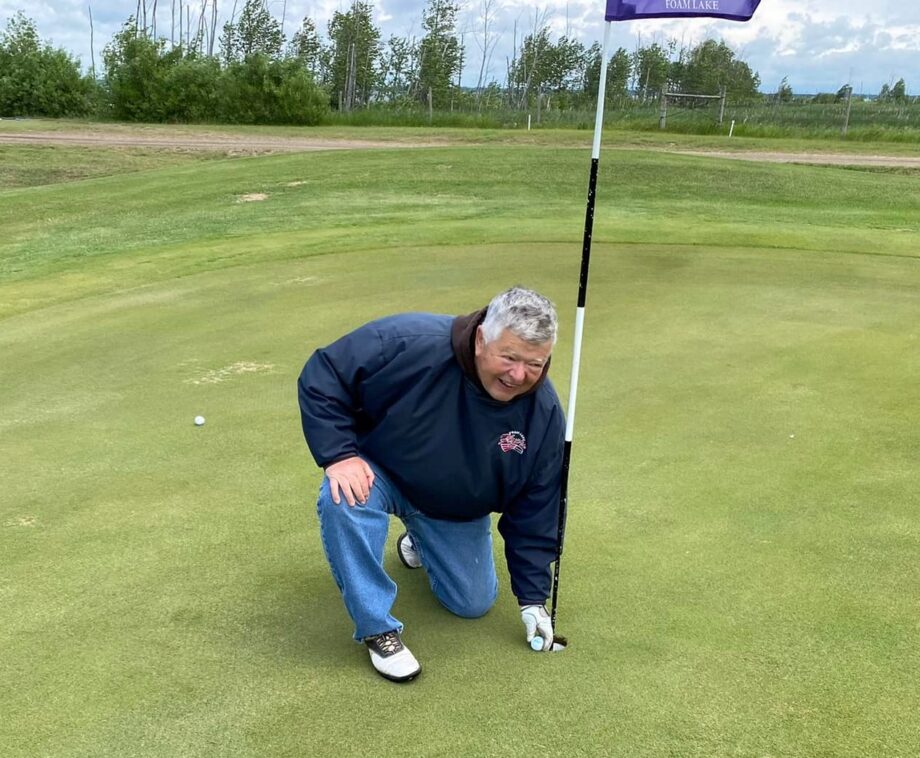 It was an exciting afternoon at the Foam Lake Golf and Country Club on Saturday after local retiree Phil Johnson sunk an ace during the sixth annual Elks Hole-in-One Tournament.

Johnson, 67, won a $20,000 prize for hitting his first hole-in-one. He said the moment was exciting for everyone at who saw his first ace.

“We were just getting started,” he said to Golf Saskatchewan. “We started on five, seven was the first shot and boom, it went in. It was unbelievable. There was another group of eight beside us that were watching, and the spotter, there was only 17 of us watching.”

Johnson said he spends the summers in Foam Lake and the winter in Florida and plays golf year-round. He admitted that he thought a one on his card might never come.

Not only was the shot exciting for Johnson, but his playing partners were also jubilant. They cashed in on the memorable shot as well. Johnson said they split the prize money and that’s something he’s always done when he plays.

The kindness didn’t stop with his playing partners however, the group returned $2,000 of the prize money and contributed it to the “New 19 Building Fund” for a new clubhouse at the country club.

“Everyone of us uses the golf course and everyone of us wants to see a new clubhouse so it was a really good thing we all chose,” he said.

If you wish to donate to the Foam Lake Golf and Country Club clubhouse fund contact the town through their website.