A vision from, and for Harbor Golf and Resort 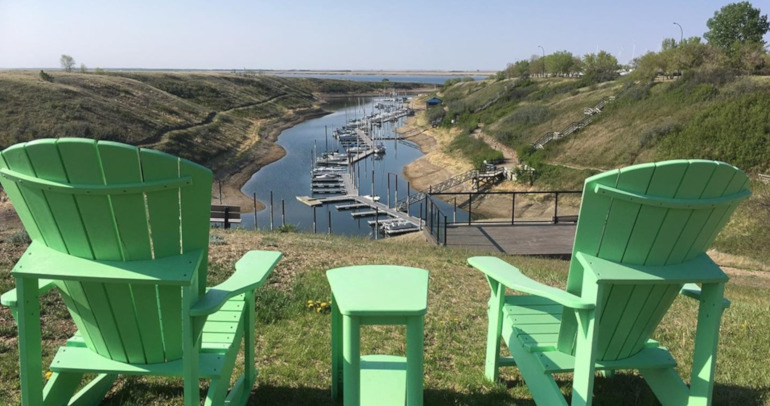 About half a decade ago, Rick Letts and Les McTavish had a vision regarding the golf course at Elbow. The pair took a leap of faith and purchased the 18-hole facility on the shores of Lake Diefenbaker, and they couldn’t be happier with where they are at and going.

Letts was raised in the nearby community of Central Butte and has a business history in the area dating back to 1989 and has always had an interest in one day owning the course and taking the facility to a new level. The previous owners of the club had a successful run during their two-decade plus tenure but with many aspects of business, and life change is welcome. Five years ago Letts and MacTavish took majority ownership. Letts said the decision has brought new life to course.

“Our attitude towards this place is not one of making a bunch of money,” Letts said to Golf Saskatchewan during a July interview. “We’re here to be able to see what we can do for the community in order to be able to enhance the area and bring people here for the golf and all the other beauty that surrounds the course. That’s probably the reason why we’re doing as well as we’re doing, it’s our positive attitude.”

Elbow is known as a resort community; it helps when one of the province’s largest lakes is right next door. The ownership group is now in the process of expanding to allow more families and visitors to enjoy what the region does offer which is much more than golf. Letts said the group has been approved to develop an RV park adjacent to the course and they are excited to move ahead with the venture.

“We have been approved by the provincial government to add between 60 and 65 RV lots situated between the golf course and the marina. We’re very excited about that. From a business point of view it will add cash flow we’re going to need at the golf course to do a lot of capital purchases to improve the place. Golf courses themselves don’t make enough to cover themselves. It’s not something you are going to get rich on, it’s more of a labour of love,” Letts expressed.

Harbor already offers one of the best views in Saskatchewan from their clubhouse. The dining room overlooks a bay in the lake that houses the marina. Letts and his partners recently spent $150,000 to upgrade the facility’s kitchen to help serve the public better but that was just the beginning of their vision.

“We’re looking at building onto the clubhouse and redo the inside of the clubhouse,” he explained. “We want to have a very large room to be multi-purpose for the restaurant and to host meetings, but also to ensure everybody can get a view of the harbor while they are enjoying themselves in the clubhouse.”

The course is handcuffed a little bit with such a large body of water nearby which doesn’t allow for a nearby driving range. To alleviate that issue and make for a better overall golf experience they constructed a 30 by 30 feet, two bay driving net which is set up near the practice green beside the first hole. That at least allows golfers to loosen up prior to their round or tournament.

Letts did mention the purchase of capital expenditures but didn’t reveal what exactly those are, but they are all part of the plan for the next four to five years. Overall he said the group couldn’t be happier with where the business stands.

“It’s going the way we wanted to go,” he said. “We would not have envisioned the amount of work or money that it takes to get the course to where want it to go but at the same time we’re so excited about where we are and how we managed to get to this point. We also have been fortunate enough to attract key people in management positions that are investing their time and expertise, that has also made the golf course what it is today. We have no fear of continuing to go forward and invest more money and time into this to make it exactly what we envisioned four or five years ago.”