A round to remember for former Prince Albert resident 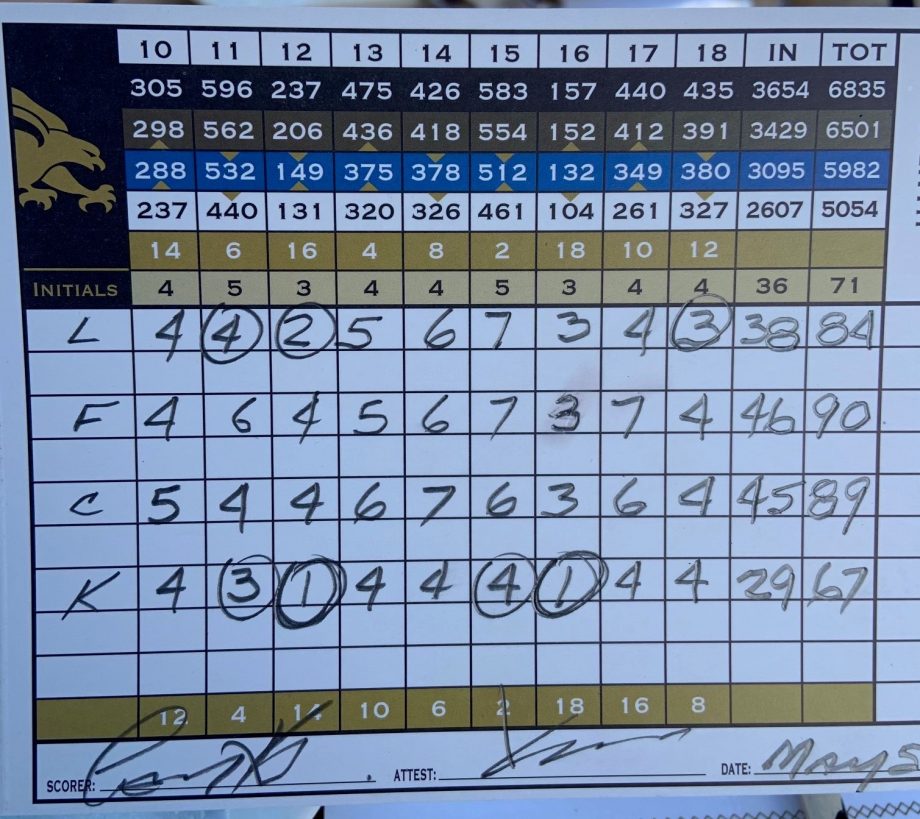 former prince albert resident kent adams had a round for the ages earlier this year at blackhawk golf club.
Clark Stork

Kent Adams was no different than many kids growing up in Prince Albert, sports were a big part of his life and so was the Cooke Municipal Golf Course.

Adams started playing at “five or six” in the northern Saskatchewan city leading into a lifetime of being involved in the game. Adams now calls the Edmonton area home, but the 56-year-old still fondly remembers his start here in the province.

“It was something we instantly fell in love with,” Adams said to Golf Saskatchewan in a recent interview. “Prince Albert is such a unique place in that it was so easy to get access to the golf course. It was just a great place to grow up and play golf, let’s put it that way.”

A junior champion in the early 1980’s, Adams credits the other players in Prince Albert for his success in the early years.

Adams had success on the national level finishing in the top-20 at the Canadian Junior Men’s Championship once plus he played on two Willingdon Cup teams for the province. He went on to secure his PGA “A” class certification and worked under the legendary Danny Jutras for three years at Cooke before moving to Alberta for a head pro job. He spent three years in Sherwood Park and then another 13 years at Colonial in Beaumont. He has since left the industry but plays more than he ever has for “fun.”

Earlier this summer Adams put together a round for the ages at Blackhawk Golf Club. Adams finished with a 67 which is a good score, but he accomplished something that the oddsmakers label at 67 million to one, two holes in one in the same round.

“I play with a wide variety of people,” Adams explained. “I played with my good buddy and his wife that particular day and another friend of mine and they’re mid to high handicappers so to just see a hole in one to start with is unique enough. In fact, the one mentioned to me after the first one went in, we had a couple of high fives, it’s no big deal, it’s cool but it’s not outrageous. The high fives were there, and he said you know I’ve never seen a hole in one before, I said you have to be kidding me, if I’d known that I would have been more excited. Sure enough five holes later I made another one and they heard us all over the golf course.”

The aces were the eighth and ninth of Adams career. Many might assume that the rarity would have cost Adams once he got back to the Blackhawk clubhouse, but a unique program allowed the foursome, and others to celebrate on behalf of the club.

“It’s unique at our club because when a hole in one is made every member at the club gets charged a dollar on their account so it’s a credit for the lounge. It doesn’t cost you anything, but you can go ahead and buy drinks for everybody on the club essentially. With two of them you get about a thousand bucks so we had quite an evening of dinner and cocktails, it was a great night,” he said.

“The Willingdon Cup teams, playing in the national championships, stuff like that is more important than this but this is just cool. Especially at this age when you don’t hit it as good as you used to, you’re pluggig away. I’m playing more than I ever did and having more fun doing it but something like that it’s so rare and unique it’s a real treat no doubt, something I will never forget,” Adams concluded.

You can hear much more from Adams who spoke about the magical moments with Golf Saskatchewan’s Clark Stork.