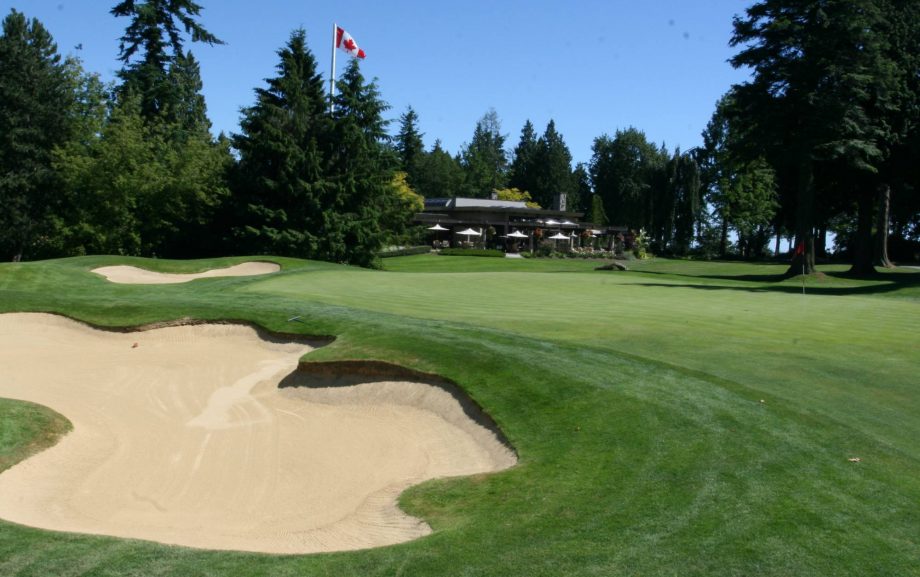 VANCOUVER – Due to continued travel and border restrictions related to the COVID-19 pandemic, the LPGA Tour, together with Golf Canada and title-sponsor Canadian Pacific (CP), have announced that the CP Women’s Open at Shaughnessy Golf and Country Club in Vancouver has been postponed until 2021.

Golf Canada and CP have continued to monitor guidelines set by federal, provincial and municipal authorities intended to prevent the community spread of the virus. Physical factors including restrictions on international travel and mandatory quarantine along with limitations on group gatherings in the province of British Columbia ultimately forced the event’s postponement at Shaughnessy until 2021.

“The CP Women’s Open is a signature event for Golf in Canada and on the LPGA Tour and we share in the disappointment of our fans, players, volunteers and partners,” said Golf Canada CEO Laurence Applebaum. “The health of everyone who comes together for the event is our top priority and together with our partners at CP and the LPGA Tour, we can now look ahead to hosting an exceptional CP Women’s Open next year in the world-class city of Vancouver. I also applaud the swift and supportive response from our friends at Shaughnessy Golf and Country Club as well as the Province of British Columbia and Sport Hosting Vancouver who continue to be tremendous hosts and partners in welcoming the LPGA Tour back in 2021.”

As title sponsor of the CP Women’s Open, CP is committed to raising charitable dollars in the event’s host community through the CP Has Heart campaign in support of children’s heart health. BC Children’s Hospital Foundation had previously been named primary charity partner for the 2020 CP Women’s Open and will continue on in the same capacity in 2021.

“We are disappointed we are unable to run the event in Vancouver this year as planned. There is no doubt that the 2021 CP Women’s Open will be a remarkable event both on the course and in terms of leaving a positive impact on the community,” said Keith Creel, CP President and Chief Executive Officer. “We look forward to welcoming the world’s best golfers to Vancouver next year.”

The 2021 CP Women’s Open at Shaughnessy Golf and Country Club will mark the sixth time the province of British Columbia has hosted Canada’s Women’s Open Championship, with the last time being 2015 at The Vancouver Golf Club, where Lydia Ko won her third CP Women’s Open title.

“The CP Women’s Open is truly a world-class event and a favorite stop for all of us at the LPGA Tour,” said LPGA Commissioner Mike Whan. “I understand this was a tough decision for everyone involved, but given the restrictions faced, there was simply nothing else that could be done that would have enabled us to run the event in 2020. It is disappointing to miss Canada’s national championship and I know I speak for all LPGA Tour players and staff when I say we look forward to being back in Vancouver next year.”

The 2020 event was originally set for August 31-September 6. The Board of Directors and membership at Shaughnessy quickly decided to shift their focus to welcoming the stars of the LPGA Tour back next August 23-29, 2021.

“Shaughnessy understands the need to postpone this year’s event in light of the global COVID-19 pandemic – we will continue to work with our fantastic group of volunteers and partners in preparation of hosting the best players in the world in 2021,” said Brian Mossop, General Manager and C.O.O. at Shaughnessy.

The rescheduled return of the LPGA Tour will be proudly supported by both the Province of British Columbia as well as Sport Hosting Vancouver. With a global audience reach of over 500 million households across 170 international markets, both bodies are getting behind one of Canada’s signature sports entertainment properties as part of their tourism platform for 2021.

“While we share the disappointment that this year’s CP Women’s Open in Vancouver is postponed, we know this is the right thing to do to keep players, fans and communities safe,” said Lisa Beare, B.C.’s Minister of Tourism, Arts and Culture. “We look forward to welcoming the LPGA Tour next year and invite all involved to explore more of Super, Natural British Columbia after the tournament.”

“Sport Hosting Vancouver is proud to support Golf Canada through our partners at Tourism Vancouver, the City of Vancouver and the Vancouver Hotel Destination Association,” said Michelle Collens, Senior Manager, Sport Hosting Vancouver. “We look forward to continuing to work with all partners over the next year to ensure the 2021 CP Women’s Open is a highlight on the calendar, including initiatives to foster sport development and support the economic and social objectives of our destination.”

The third annual CP Women’s Leadership Summit, which was scheduled to take place on September 1 as part of CP Women’s Open tournament week, will be replaced in 2020 by a digital experience focused on audience empowerment and inspiring guest speakers. Full details including a schedule and guest speakers will be released in the coming weeks. The Summit, which is a celebration of business leaders, influencers and community champions, will continue to be part of the CP Women’s Open in 2021 and beyond.

Golf Canada, CP and the LPGA Tour would like to thank golf fans across the nation in addition to the many corporate partners, ticket and hospitality purchasers, as well as the countless volunteers for their continued support through this unprecedented time.

Corporate hospitality buyers will be contacted by their Golf Canada sales representative over the coming days to plan forward for 2021. Individual ticket purchases made via Ticketmaster will have the opportunity to be refunded within the next 30 days or be carried over to the 2021 event. Volunteers will be contacted by Golf Canada staff and will be able to choose between deferring their volunteer registration to 2021 or receiving a refund.